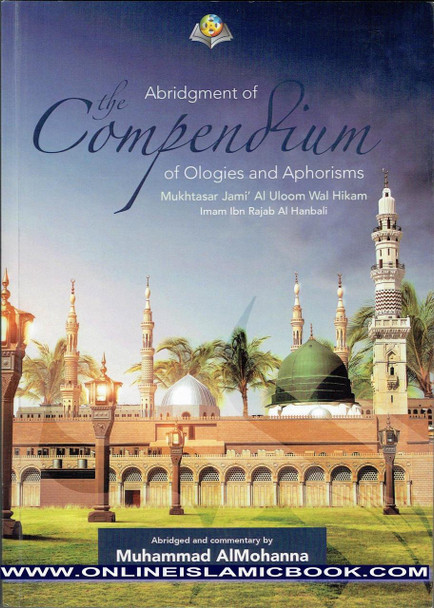 Among the [many narrations which make up the] Sunnah, there are certain hadith to which the scholars have devoted special attention and care, collecting them, writing about them, explaining them and giving commentary on them. These hadith are examples of the eloquence and density of meaning, characteristic of Allah’s communication to mankind. In just a few sentences there is so much meaning that, if it were to be thoroughly explained along with all the meaning that cascades from these few words, their eloquence, power, brevity and clarity, all pens would dry up before this could be completed.

This is one of the unique characteristics of the nation of Muhammad. In these brief texts are found massive amounts of knowledge and benefit.(1) Allah said: {And, whoever is given wisdom has been given an immense good.} Qur’an: Al-Baqarah: 269. So, whoever is given wisdom and [understanding of] the Qur’an has been given what was never given to any other, even to one who collected all knowledge from the entire history of mankind from every other.

[human] source such as manuscripts, scrolls and the like. Allah said: {And you have not been given knowledge except a little.} Al-Qur’an: Al-Israa’: 85. A small number of words from the Sunnah of Muhammad contains a huge amount of knowledge.

Hadith Terminology and Classification, A Handbook By Muhammad S. ar-Rahawan

Methodology Of The Seekers Of The Hereafter by Muhammad S-Adly

Price:
Sale Price: $8.95
Was:
Methodology Of The Seekers Of The Hereafter by Muhammad S-Adly This booklet is part of a translation of an Arabic book, Mukhtasar Minhaj Al Qasidin, by Imam Ibn Qudamah al Maqdisi.
12916

Fleeing From The Fire By Ibn Rajab Al Hanbli

Price: $19.95
Sale Price: $15.95
Was: $19.95
Guarding Virtue by Baker Bin Abdullah Abu Zaid The book is a summary concluded from around 200 books, theses and articles about women’s issues excluding books of Quran interpretation,...
13720