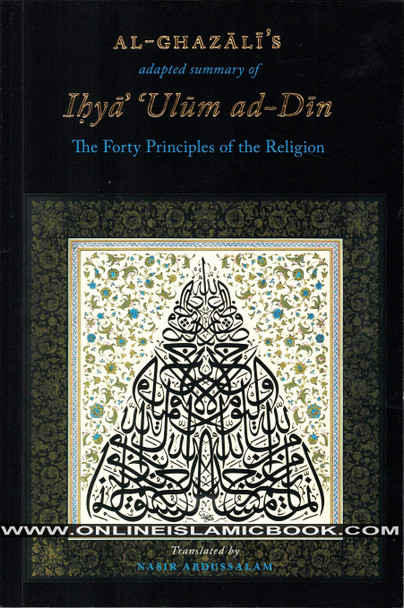 “A careful and idiomatic English translation of one of Imam al-Ghazali’s most powerful books, which shows the comprehensive depth of the Qur’an’s teachings.” - Shaykh Abdal Hakim Murad

“Despite the near guaranteed effectiveness of [the Ihya], one of the obstacles in deriving benefit from it has been its length. Imam al-Ghazali perceived this and therefore penned a number of abridgements and adaptations of it, such as The Alchemy of Happiness and The Beginning of Guidance. However, it is The Forty Principles that appears to be the closest in format and theme to the Ihya… Many of the themes and subjects that are found in the Ihya are also arranged in four major parts of ten chapters, each with an epilogue.” - From the Preface