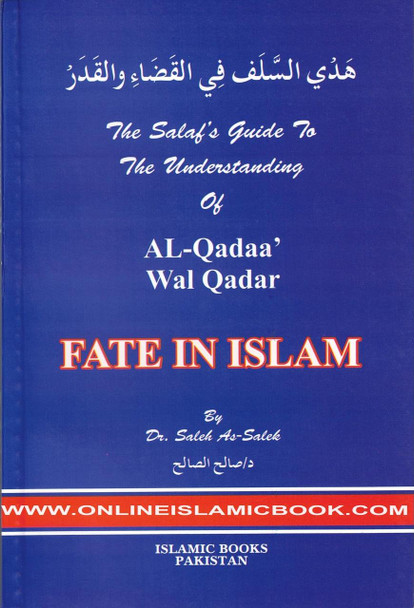 Al-Qadar is an Article of faith:

Yahya bin Ya'mur (a famour Tabi'ee and a narrator of Hadeeth) set out on a pilgrimage to Macca along with Humaid b. Abdur Rehman Himyari, and said, "Should we meet one of the Companions of the Messenger of Allaah, we will ask him about Taqdeer (Qadar)." Incidentally they met Abdullah, the son of Umer ibn Khattab ? and said to him, "O Abu Abdar-Rehman, there have appeared in our land who recite the Holy Qur'aan and peruse knowledge…. They claim that there is no such thing as Divine Decree and events are not pre-Destined". He (Abdullah ibn Umer) said, "When you happen to meet such people tell them that I have nothing to do with them and they have nothing to do with me. And verily they are in no way responsible for my (belief)". Abdullah ibn Umar swore by Him (the Lord) (and said): If any one of them (who does not believe in the Divine Decree) had with him gold equal to the bulk of (the mountain) Uhud and then, it (in the way of Allah), Allah would not accept it unless he affirmed his faith in Divine Decree".

The Forbidden By Shaykh Saleh Munajjid

Price:
Sale Price: $9.95
Was:
The Greater Understanding : "Whoever Allah Wishes Good For, He Gives Him Understanding of the Religion." By Sheikh Dr. Saleh Ibn Fawzaan Ibn Abdullah Al-Fawzaan He who does not seek to understand...
13165