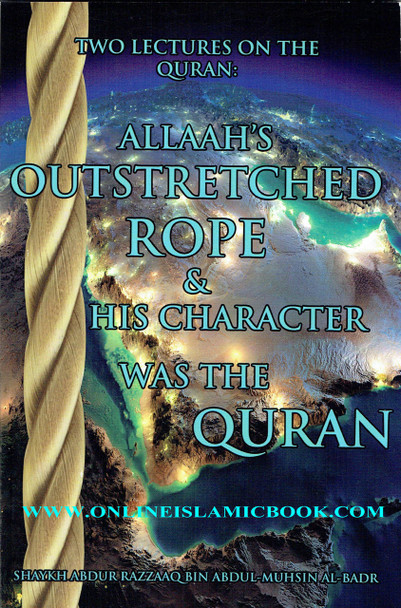 Excerpt from the Book:

“ when am I going to grasp the message from Allaah?”

“When will I understand the speech of Allaah?”

“When will my heart become influenced by the Quran?”

And, “when will I implement it?”

“When will I become amongst those who have been described in this Quran as being truthful?”

“When will I become of those who often repent and return back to the truth?”

“When will I become amongst those who have remembrance of Allaah?”

Imam Al- Ajurry, may Allaah have mercy upon him, said,

Then he will adhere to what has been placed upon him; and he watches out for that which his protector, Allaah the most Generous, warned him against. So he aspires to that which has been made desirous in the Quran.

So whoever has this quality when reciting the Quran or while listening to others recite the Quran then this will be a cure for him. So he will be rich without wealth; will be given power without having a clan; he will find solitude in that which makes others lonely.

His concern when reciting the chapter when he initiates it should be, “when will I take an example from what I’m reciting from?” And his goal should not be that “when will I finish the chapter?” His intent and goal should only be, “when am I going to understand the message from Allaah? When Will I censor myself and criticize myself”? “When will I take it into account?” This is because the recitation of the Quran is a form of worship and this is not to be done with inattentiveness and heedlessness. And to Allah is the one who grants all success towards that.” [2]

So one should recite the book struggling against himself to obtain that; For this reason Ibnul Qayyim (rahimallahu) stated in some of his books,

[2] In the book by Imam Ajurry (page 10) “Characteristics for holding the Quran”.