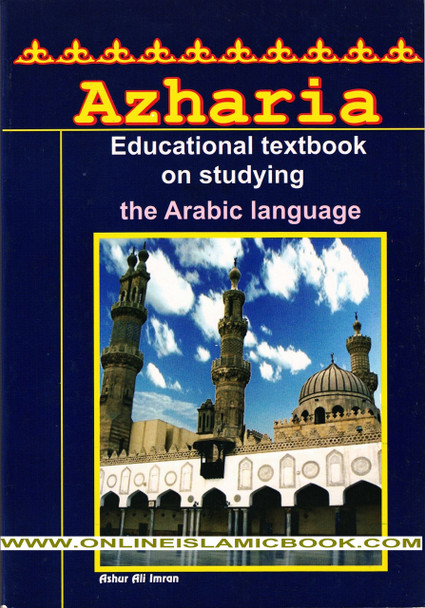 Allah (sw) ordered us in his holy book to recite the Quran with Tajweed ... 'Quran recitation modulating'. System of Tajweed serves as a guide for improving the recitation of Quranic style. It was in this way that the Qur'an revealed to Prophet Muhammad (peace be upon him); as well as the manner in which he recited it. Therefore; the readers of the Quran are eager to realize the promise of the Prophet Muhammad (pbuh): 'whoever recites the Quran correctly and proficiently will be with the bountiful dutiful writers (the angels of the preserved tablet - Al lauh Al Mahfuz'.

Based on a practical understanding of phonology; we have color-coded some letters to facilitate the correct recitation of the holy Quran. This enabled us to classify these letters into three possible categories to enhance the reader's knowledge and remembering of Tajweed rules:

- The letters which requires expanded vocalization. We used red color to highlight these letters.

- The letters which are nasalized these letters are green in color.

- While the letters which are written but are not vocalized. These letters are gray in color.

The reader will get used to reciting the Quran by using colors very easily. By engaging the eye; the reader will find him/herself applying 24 rules of Tajweed with ease and precision while his/her mind is left un-enganged to comprehend and understand the meaning of the holy Quran. For more details click here

It is an honor for Dar Al-Maarifa to adopt and offer this methodology which has been accurately applied after examining the passages written at the end of it; and which was examined and accredited by the Committee of The Noble Quran.

MSRP:
Now: $59.95
Was:
This is an important learning Arabic language series for foreigners. It includes vocabulary, conversation, and grammar where it helps the learner to acquire the Arabic language as fast as possible...
10230

MSRP:
Now: $14.50
Was:
IQRA' Arabic Reader 1 Textbook We are pleased to introduce this first textbook in IQRA' Second Generation of Arabic comprehensive program for teaching Arabic as a second language. This second...
11036

MSRP:
Now: $14.50
Was:
IQRA' Arabic Reader 4 Textbook This is the 4th level within the IQRA' Arabic Readers series. This textbook is suited for upper junior level students and introduces aspects of theoretical grammar...
11365

MSRP:
Now: $35.95
Was:
The Noble Quran In Filipino Language   Filipino language translation of The Noble Quran with side by side Arabic script and tafsir (explanation) on the bottom. Filipino is the national...
11257

MSRP:
Now: $59.95
Was:
This is an important learning Arabic language series for foreigners. It includes vocabulary, conversation, and grammar where it helps the learner to acquire the Arabic language as fast as possible...
10230

Abu Baker As Siddiq (Arabic Only)

MSRP:
Now: $21.95
Was:
Most people have a best friend who they favor amongst all of the people. The best friend of Prophet Muhammad was Abu Bakr As-Siddiq (R). He was the only person, other than the Prophet's own wife, who...
11278

MSRP:
Now: $4.95
Was:
This product covers Juz' Tabarak (Part 29) of the Holy Qur'an.The publishers have designed the text to show the rules of tajweed when reading the Qur'an. The text is written in Uthmani style and has...
11576