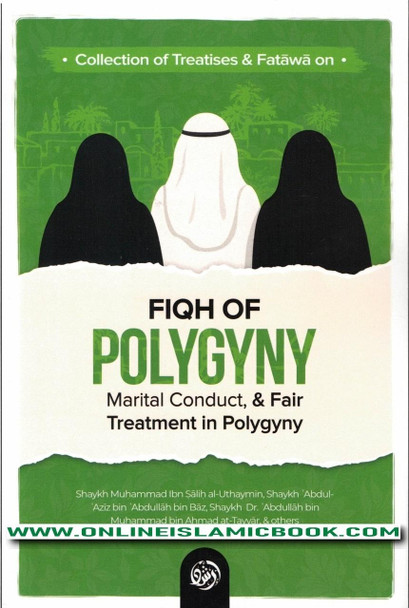 In his Tafsīr, al- Qurṭubī concluded his refutation of similar arguments by saying:

“Opinions of similar nature reflect lack of understanding of the Qurʾān and Sunnah, not to mention total negligence of the practice of the early pious predecessors (Salaf). One probable cause is ignorance of the Arabic language and the [implications] of the texts of the Sunnah. It is also a violation of the consensus of the Muslim community because there is not a single narration reporting any of the Companions or the Successors to have been married to more than four wives at the same time.”

Polygyny is conditioned with the achievement of fairness among the wives. If one is unconfident in treating them fairly, he is not permitted to marry more than one. However, his marriage would be lawful if he disregarded this unconference. Still, it would be a sin to do so. Tangible fairness is the intended meaning here. In other words, the husband should be financially capable of feeding, clothing, housing, and any other aspect where exercising fairness among the wives is within grasp.

The first verse implied the necessity of financial capability to cover the living costs of the second wife and her children. It is indicated in the clause, “That is nearer to prevent you from doing injustice.” Al- Qurṭubī (V) quoted al-Shāfiʿī saying:

“This part of the verse means [doing injustice] especially with the increasing number of children [were one to marry more than one].”
Polygyny is made lawful in the two Qurʾānic verses in Sūrah An-Nisāʾ [verses 3 & 129].

The Fiqh of Worship: A Commentary on Ibn Qudamah's 'Umdat al-Fiqh By Ibn Qudamah al-Maqdisi

Two Treatises on The Prayer By Imam Ibn Baaz

The Impact of Sexually Transmitted Diseases Upon Marriage By Shaykh Dr. Abdullah al-Tayyar

A Commentary On The Ḥadīth: Whosoever Shows Enmity To A Walī Of Mine, I Will Announce War Against Him By Shaykh Abdul Aziz bin Abdullah