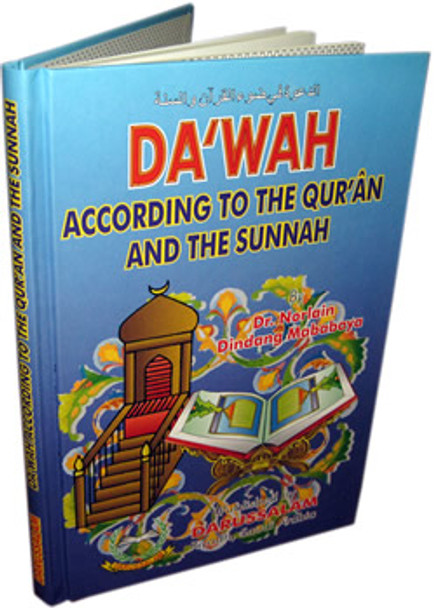 Dawah According to the Qur'an and the Sunnah is a beautiful exposition of the science and art of Da'wah of the Divine guidance and traditions of the Last Prophet of Allah.

The book elaborates the rationale of Da'wah, its benefits and prerequisites for its success. It lists the characteristics and manners expected of Du'at provides guidelines on how to do Da'wah with Hikmah (wisdom) and 'beautiful preaching' and offers useful hints for both the beginners as well as those actively engaged in fulfilling this obligation.

The book concludes with important recommendations for various sections of the Ummah in relation to Da'wah. The author, being an educator, rightly emphasizes upon the need of including Da'wah According to the Qur'an and the Sunnah as part of school curriculum for Muslim learners from high school to collegiate and graduate levels. If this single recommendation is taken seriously by our policy makers and honestly implemented, it is bound to effect a positive change in the present state of affairs marked with apathy towards the duty of conveying the Final Message to all mankind.

Women in the Qur'an and the Sunnah By Abdul Rahman I.Doi

Fast According to Quran & Sunnah By Professor Muhammad Zulfiqar

Fiqh According to the Qur'an & Sunnah (Vol. 1) By Muhammad Subhi bin Hasan Hallaq