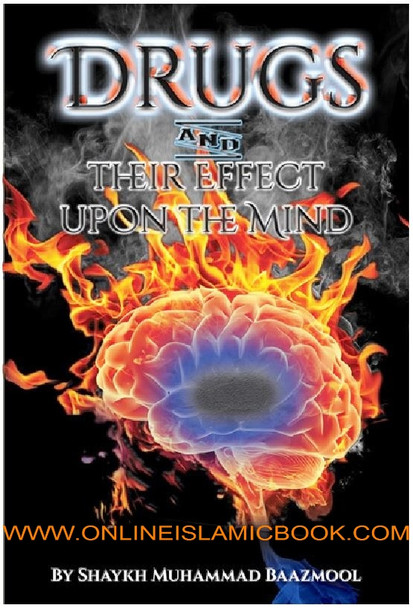 From its harms is that the addict is a burden upon the society. He does not bring any good to his society nor is he successful in that which he brings forth.
From its harms is that the addict is despised and hated, even by the closest of people to him.
From its harms is the squandering of wealth and the inability to make noble earnings. So he resorts to earning wealth by way of criminal means. I seek Allaah’s refuge for me and for you.
From its harms is deterioration of one’s health and the contraction of incurable diseases, leading the person to death.
From its harms is the loss of dignity and inclining towards the wicked, from men or women.
From its harms is the shortening of life due to what it causes from destruction of the bodily organs and due to what is exposes the person to from grief and stress.
From its harms is the Shayateen gaining mastery over the addict and the angels of mercy being far away from him, until he is driven to the Hellfire, and the refuge is with Allaah. Allaah, the Mighty and Majestic said:
“And whosoever turns away (blinds himself) from the remembrance of the Most Beneficent (Allaah) (i.e. this Qur’aan and worship of Allaah), We appoint for him Shaytaan (Satan _ devil) to be a Qarîn (an intimate companion) to him. And verily, they (devils) hinder them from the Path (of Allaah), but they think that they are guided aright! Till, when (such a one) comes to Us, he says [to his Qarîn (Satan / devil companion)] "Would that between me and you were the distance of the two easts (or the east and west)" a worst (type of) companion (indeed)! It will profit you not this Day (O you who turn away from Allaah’s remembrance and His worship, etc.) as you did wrong, (and) that you will be sharers (you and your Qarîn) in the punishment.

Surrendering And Submitting To Allah By Shaykh Muhammad Raslan

Be a Muslim Husband By Shaykh Muhammad S. Adly

100 Advises by The Prophet Muhammad By Shaykh Muhammad S. Adly

MSRP:
Now: $6.95
Was:
100 Advises by The Prophet Muhammad By Shaykh Muhammad S. Adly Indeed, the issue of advice is very highly respected in Islam. As a result of this, you can see numerous examples of our beloved...
12693

MSRP:
Now: $7.95
Was:
An Explanation of Shaykh Muhammad Bin Salih Al-Uthaymin's Treatise on The Prostrations of Forgetfulness By Shaykh Muhammad Raslan ISBN: 9781641363075 Indeed, many people are greatly ignorant of the...
13536

Remembrance and Prayer: The Ways of Prophet Muhammad by Shaykh Muhammad Al Ghazali

Surrendering And Submitting To Allah By Shaykh Muhammad Raslan

Muhammad (S) The Beloved of Allah

MSRP:
Now: $11.95
Was:
This book is an effort into an in-depth analysis of social diversity, history and culture of the land of the Noble Prophet (S) before and during the emergence of Islam. It stands witness to the...
10073

The Autobiography Of The Noble Shaykh, The Muhaddith