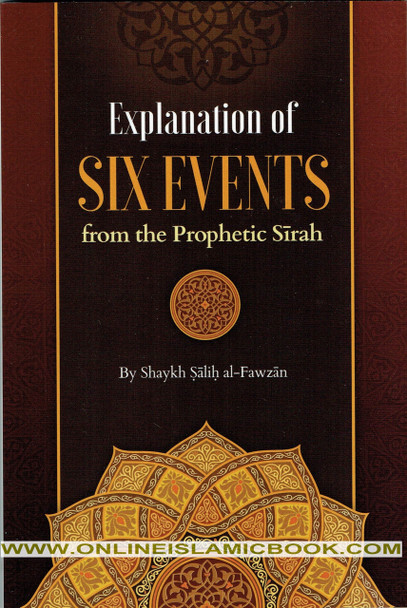 Price:
Sale Price: $8.00
Was:
— You save
Frequently bought together:

"Ponder upon six events from the Prophetic history (Sirah) and understand them in an excellent manner."

What is intended by the term Sirah is the history of the Messenger صلى الله عليه وسلم, and this is the path that the Messenger used to traverse  upon from  the time he was dispatched (as a Prophet) until Allah caused him to die, in terms of worship, social interactions, da’wah to Allah the Mighty and Majestic, jihad, Hijrah and teaching. All of his actions, statements, and interactions make up his Seerah.  This affair (the history of the Messenger) is important for the Muslim to study so that one may follow his example.  This is because Allah The Majestic and Most High has made him an example for us.

The six (6) events covered in this book include: