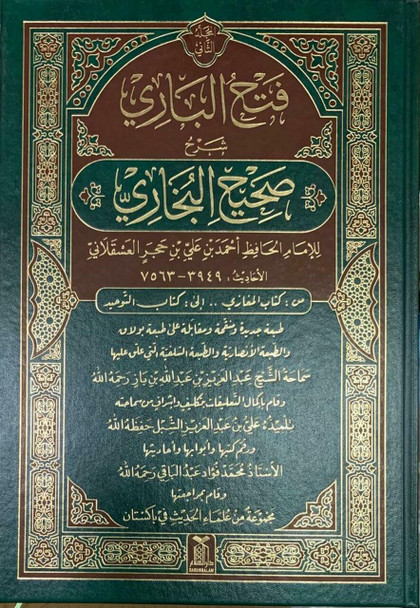 And the Healthiest books after the Book of Allah Almighty is the book of Sahih of Imam Bukhari as committed to the highest degree of health of the nation and received acceptance. It has abounded him explanations for the very important and it was among them, but the most important explanation of Ibn Hajar, which he called Fath Al-Bari where he explained the bond and explain Metn full explanation, passing on the bond is now interpreted the narrator mentions lineage and place in modern science and the aging and so on, then come on board to talk explains his words and shows sense and shows the other novels of the modern and cites the jurisprudence of the modern and the promise of the provisions, and mentions the views of scientists and explain Bukhari him and the people of Fiqh and this new edition revised and unrealized and numbered books, doors and conversations in the most recent two volumes two special general scientific indexes for the book.