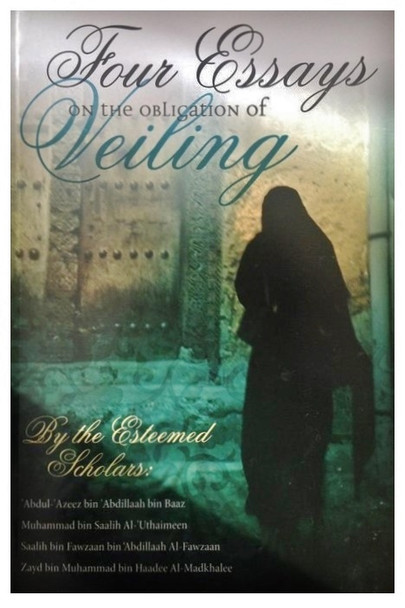 This is the second edition of the book “Three Essays on the Obligation of Veiling” which was published in 2003 and received with warm acceptance by the English-speaking Muslims to the point that there was a need for it to be reprinted since the original edition has run out, all praise be to Allaah. In an effort to provide as much benefit to the readers as possible, a new treatise was added to this edition bringing four separate treatises from different authors on the subject of Hijaab and veiling compiled into one book. In addition to this, there are several appendixes with quotes from the scholars of past and present elucidating points raised in the treatises.

A Commentary on The Four Principles of Shirk By Shaikh Muhammad Ibn Abdul Wahhab R.A

Explantion Of The Conditions, Pillars And Obligations Of The Prayer By Muhammad b. Abdul Wahhab, Abdul Aziz ibn Baz, and Muhammad b. Salih al-Uthaymin

Price:
Sale Price: $34.95
Was:
The Obligation of Opposing the People of the Hell-Fire by Ibn Taymiyyah ISBN: 9780578862705 Description from the publisher: "The celebrations and holidays of the disbelievers are countless and...
13841

The Obligation of the Servant By Sh. Abdul Wahab

A Comparison Between Veiling and Unveiling By Halah bint Abdullah

Price:
Sale Price: $3.50
Was:
A Comparison Between Veiling and Unveiling By Halah bint Abdullah ISBN: 9789960740546 The author has proved with references from the Qur'an and Sunnah of veiling of women in Islam. Unveiling...
10412