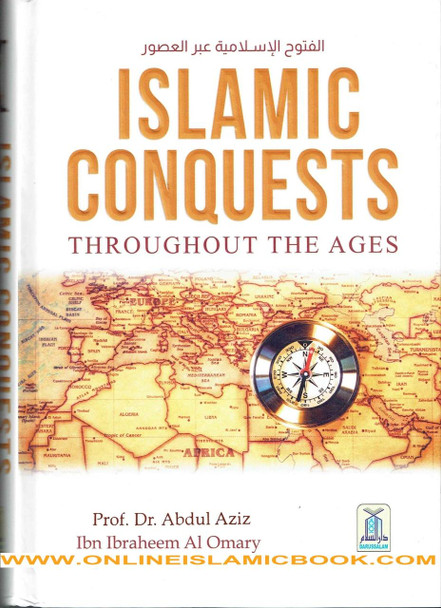 The literal meaning of al-fath is the antonym of closure (i.e., opening), but what is meant by it here is the conquest of lands at war with the Muslims and the entry into the lands of the enemy. The plural is futooh. The word fath can also mean victory and conquest.

The understanding of al-futooh is not limited to military victory. It goes beyond to include all aspects of life, whether military, ethical or moral, which combined, caused the people, in the lands that were conquered, to embrace Islam willmgly and by conviction, triumphing the creed of Tawheed (professing and believing in Allah's Oneness), as opposed to shirk (idolatry or polytheism) that was common in those territories.

The word futooh, with this general understanding, means the jihad (strive) which the Muslims undertook, the conquest of the lands, pavmg the way for the call to Allah and conveying the Religion of Islam to the world, and demolishing the iniquitous powers of evil that forbade the Muslims and the people in those different lands (from following Islam).

It also includes the military events and the accompanying da'wah (call to Islam), beginning from the era of the Messenger of Allah ^, and becoming more prominent in its own sense during the era of the Caliphate Abu Bakr As-Siddeeq ^ and continued throughout the eras of the righteous Caliphs who succeeded him, and the other different Islamic eras that came after them, such as the Umayyads, the 'Abbasids, the Ayyubids, the Mameluks, the Ottomans and other Islamic states that followed them or were contemporaneous with them. It is also appropriate to include significant defensive operations in the events of the conquests whose aim was to repel enemies and protect previous conquests.

Wisdom of The Wise By Abdul Aziz Ibn Nasir Al-Jalil

Price:
Sale Price: $21.95
Was:
Islamic Studies : Grade 1 By Molvi Abdul Aziz ISBN: 978603003209 Given the dire need for Islamic studies material in schools incorporating the subject in English, Darussalam has endeavored to...
13168