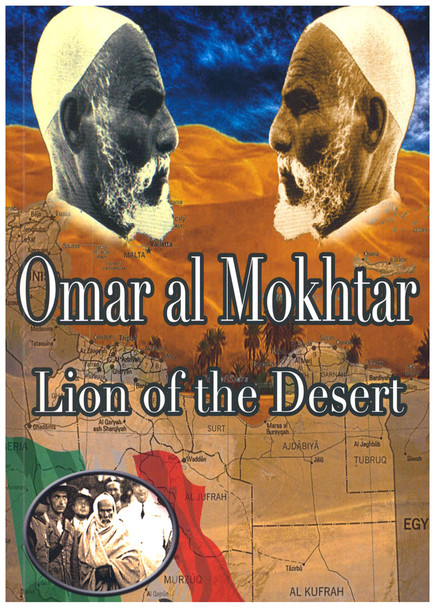 Shaikh " Umar al-Mukhtar" was born of righteous parents in 1862 (or as it has been said in 1858). his father Mukhtar Bin Umar was fro the tribe of al-Manfat and he was born in al-Batnan in the al-jabal al-Akhdar region. He was bought up in a house that was full of dignity and generosity, surrounded by the high-Mindedness of the true muslims and their sublime character,which they inherited from the teachings of the sannusi movement , based upon the book of Allah and the sunnah of His Messenger.

Prayer Of The Pious By Omar Suleiman

MSRP:
Now: $9.95
Was:
USUL AL-FIQH by Shaykh Sad B. Nasir Al-Shithri This is a small book on Usul-ul-Fiqh, commonly translated as ‘principles of Islamic law’. It is perhaps the only book that has selected...
12162

Seek the Signs of Allah by Nasiroh Omar (Paperback)

Prayer Of The Pious By Omar Suleiman

The Patience of The Pious Predecessors In Seeking Knowledge

MSRP:
Now: $19.95
Was:
Patience of Pious Predecessors In Seeking Knowledge About the Book Stories of the perseverance of scholars: this is a beautiful book Shaikh Abdul Fattah Abu Guddah authored about the struggles and...
12708

Seek the Signs of Allah by Nasiroh Omar (Paperback)

The Humility in Prayer

MSRP:
Now: $9.95
Was:
This is a treatise we have written concerning humility (Khushu) and the hearts meakness and breaking (inkisar) before the Lord. The basic meaning of Khushu, is the softness of the heart, its...
10731