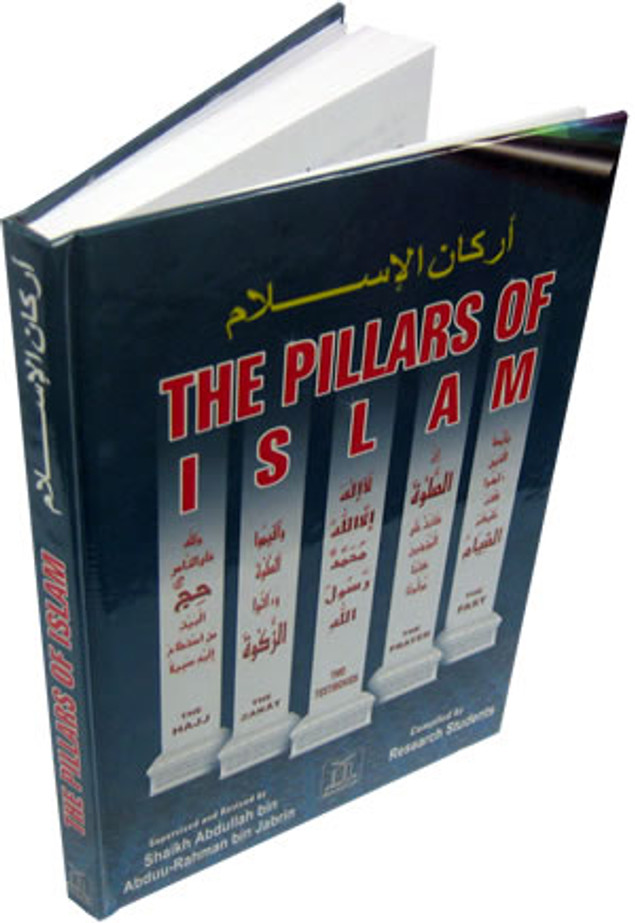 Islam is the greatest favor of Allah with which He has distinguished the mankind and Jinn. It is only a Deen which Allah made the last of all religions. He says: "Today, I have completed your deen for you, and perfected my favor upon you, and accepted Islam as a deen for you." (5:3) He also said: "And whoever seeks a religion other than Islam. It will never be accepted of him, and in the Hereafter he will be one of the losers." (3:85) Hence, It is the duty of every Muslim to value this divine favor by adhering to it. This could not be accomplished without understanding all the aspects of the religion which should be based on the Qur'an and the Sunnah.

It is for this reason we have chosen this book, "The Pillars of Islam" which explains the basic fundamentals of Islam i.e., the two Testimonies, the Prayer, the Zakat, the Fast and the Hajj. It is prepared by some research schollars of knowledge of the religion. This is a very important subject to acquire knowledge of as it is practiced by the tongue, the limbs, the heart and with one's wealth.

The Five Pillars of Islam

MSRP:
Now: $2.95
Was:
Tasweer with its all kinds (picture, drawings, paintings and sculptures) has become popular among Muslims in recent times. This is due to the admiration of the West and the belief that every thing...
10255

MSRP:
Now: $12.95
Was:
Although the main Miracle given to our Prophet (S) was the Noble Qur'Gn, Allah supported him with many other Miracles also. Out of these many Miracles, a few of them are presented in this book to...
10071

Increase Your Knowledge on Islam (6 books) By Darussalam

MSRP:
Now: $19.95
Was:
This beautiful package is for new Muslims who want some detail knowledge of Islamic beliefs and acts of worship. It contains the following six books: - The Noble Quran in English with transliteration...
10141

MSRP:
Now: $5.95
Was:
In the Name of Allah, the Most Gracious, the Most Merciful "And I (Allah) created not the jinn and mankind except that they should worship Me (Alone). I seek not any provision from them (i.e...
10152

The Five Pillars of Islam

Learning Islam and Eemaan: One Pillar at a Time (Level 1)

MSRP:
Now: $15.00
Was:
Learning Islam and Eemaan: One Pillar at a Time (Level 1) A concise, yet detailed explanation of the first pillar of Islam. Level 1 Part 1 of an eleven part series aimed at giving a true and correct...
12769

MSRP:
Now: $35.95
Was:
All praise and thanks are to Allah, we praise Him and we seek His Aid and we ask His Forgiveness; and we seek refuge with Allah from the evil of ourselves and the wickedness of our deeds. Whomsoever...
10171

MSRP:
Now: $11.95
Was:
This book compares the belief of the Soofees (Sufi) and the Sufiyyah (sect) with regards to the Pillars of Iman. The Shaikh who is a member of the Permanent Committee of the Senior Scholars of...
12455