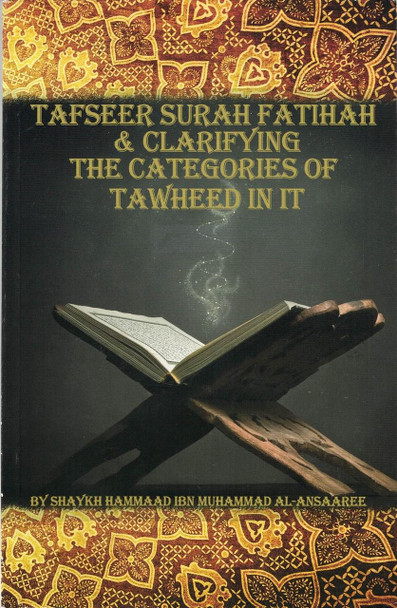 With the name Allah the most Merciful and Gracious. All praise is due to Allah Lord of all that exist. Owner of the Day of Judgment. You alone we worship, and You alone we seek aid. (We beg you to) guide us the straight path. The path of those whom You have bestowed Your bounty upon them, not the path of those who have a wrath upon them nor those who are astray. Ameen.This tremendous chapter is recommended for every Muslim to know generally some of the noble meanings that only a few has brought attention to that is included in it. We know this chapter is recited every day by every Muslim in all prayers whether it be obligatory prayers or voluntary prayers, and if the reader reflect over the hidden secrets and wisdom of it, truly he would be diligently trying to understand it and to know what the hidden secrets are in this chapter that is repeatedly recited in every prayer. Which something that is not found in any other chapters of the Quran whether they be long, medium, or short chapters. For this reason, I saw fit to give as a gift to the brothers some of what Allah has granted me of success from this chapter of those meanings that which if anyone was granted the success of being able to explain and clarify it then it is something that requires a long period of time doing so. However, we say that which all of it cannot be reached does not mean all of it should be left.

Price:
Sale Price: $15.95
Was:
Upright Moral Character By Shaykh Muhammad Ibn Saalih Al-'Uthaymeen ISBN: 9780980963519 In a time when the mases push its deficient values and misguided moral codes on the cultures of the...
11003

Price:
Sale Price: $8.95
Was:
The Beneficial Summary in Clarifiying the Evidences for the Categories of Tawheed By Shaykh Abdul-Muhsin Al-Abbad ISBN: 9782987458296 Before you is a detailed work by Abdur Raazzaaq Al Abbaad...
11896