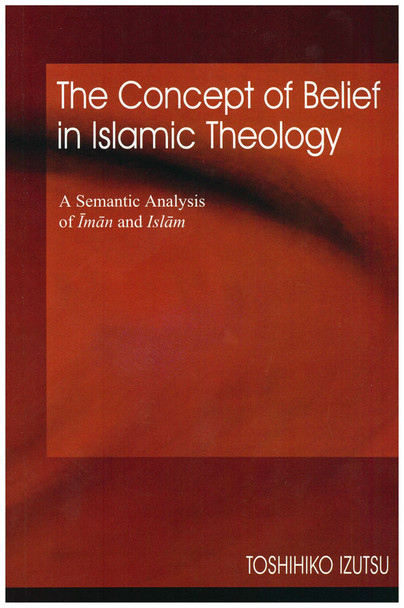 'Belief' was historically the first and the most important of all the theological concepts in Islam, and it raised in the first few centuries of Islamic culture a number of problems of real significance. Some of them were literally problems of life and death to the growing Muslim community, as they are still today. By methodically analyzing these problems and the major concepts underlying them, this study throws light upon one of the most interesting phases of the history of Islamic thought. 'The danger of the free practice of takfár', 'the relation between ámàn and islàm', 'belief and knowledge', 'belief and work' are some of the key concepts explored by the author in depth and analyzed in the light of earlier studies, such as the works of Imàm Ghazàlá and Imàm Ibn Taymiyyah. This work by Dr Toshihiko Izutsu (1914-1993), one of the eastern world's greatest modern Islamic scholars, is one of three in a series of works by the late scholar re-issued by us.

Islamic aqidah and fiqh A textbook of Islamic belief and jurisprudence

MSRP:
Now: $11.00
Was:
Islamic 'Aqidah and Fiqh the textbook by Hajiyah B. Aisha Lemu in the 1980s, offers a new approach to the teaching of Islamic Studies, especially for younger students. It offers authentic information...
11369

MSRP:
Now: $16.00
Was:
In this first of his eight-volume Islamic Creed Series, Dr. 'Umar al-Ashqar discusses the mistaken ideas that have crept into Muslim thinking concerning Allah and His attributes, and...
10015

MSRP:
Now: $11.95
Was:
Sheikh-ul-Islam's book Al-Aqeedah-il-Wasitiyah deals with the perfect and undefiled Islamic Faith and Creed of the As-Salaf-As-Salih (the pious predecessors) particularly in regards to Allah's names...
10036

MSRP:
Now: $14.95
Was:
Issues related to Islam might seem to be sensitive to discuss and to investigate. However, with the breaking up of cultural barriers amongst people of various Faiths, it becomes necessary that wrong...
11562

Islam Its Basic Practices and Beliefs

MSRP:
Now: $11.95
Was:
Using as a Framework the most famous and authentic of all the classical definitions of Islam - the Jibril hadith - the author takes the reader step by step through all the basic practices and beliefs...
10472