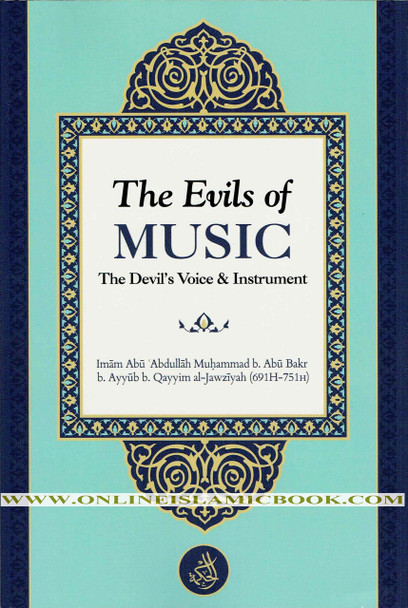 From the plots of the Shaytan and his traps which he uses to influence those who possess only a small share of knowledge, intlellect, and religion-and with this he captures the hearts of the ignorant and the people of falsehood -is listening to whistling (al-muka), clapping(at-tasdiyyah),and singing accompanied by instruments, which are forbidden, that turns the hearts away from the Qur’an and causes them to become preoccupied with disobedience and transgression.

So it is the Qur’an of the Shaytan and the dense barrier that keeps people from the Most Merciful…Through it, the immoral lover entices his lover to the very limits of their desires.  With it, the Shaytan deceives the astray souls and makes it seem good to them through scheming  and delusion.  He inspires within them baseless doubts to justify its “goodness” and his suggestions are accepted; because of this, it causesthe Qur’an to becomeabandoned.

The Keys to Happiness By Imam Ibn Al-qayyim

Price:
Sale Price: $9.95
Was:
Preventative Measures Against Shaytan and Authentic Ruqyah According to the Shariah By Mustafa Ibn Al-Adawi ISBN: 9781904336280 It is the battle with Iblees, may Allah curse him and his party...
10722