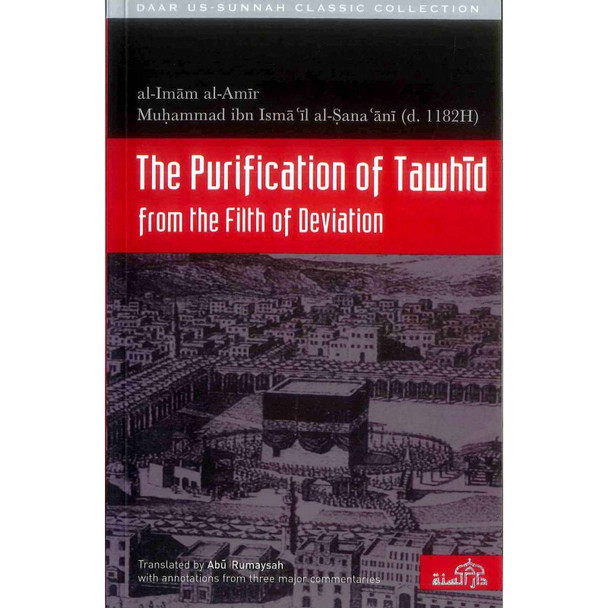 In recent times, a deviation has appeared amongst some Muslim communities whereby they show veneration, to an extreme, of Muslims saints and righteous personages; they erect mausoleums on their graves, they go to them in times of need and adversity, they supplicate to them and they hold beliefs concerning them that border on the superstitious.

Distressed at this gross deviation, al-Sana’ani penned this treatise expounding on the belief of Ahlul-Sunnah in its pristine purity. The issues he tackled were the concept of worship and grave-worship, supplication to Allah, relying on Allah and resorting to Him at times of need.

The translator has added explanatory notes from the commentaries of the three major scholars, Isma’il al-Ansari, Abdul’l-Muhsin al-‘Abbad and ‘Abdu’l ‘Aziz al-Rajihi which further clarify, and in some places, correct, what the author writes.

The Purification of the Soul By Ibn Rajab al-Hanbali, Ibn al-Qayyim al-Jawziyya

Purification Of The Soul By Imam Ibn Qudamah Al-Maqdisi