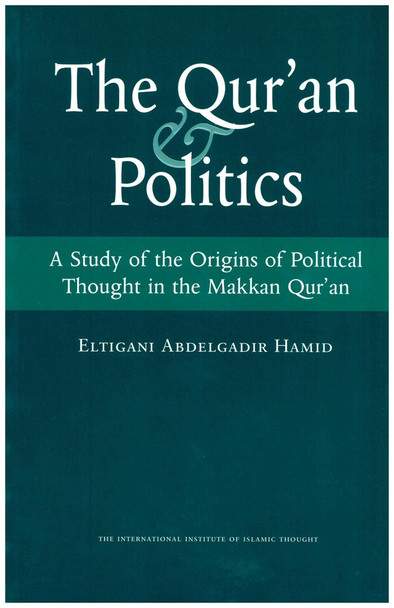 The Qur'an approaches the issue of "political thought" as part of a comprehensive discourse which establishes their general goals and frames of reference. It is then left to the human mind to complete these with what it has learned from experiences in history and what the scholars understood from the Text about how to deal with reality. This work is about the origins of political thought and a study of the philosophy of politics. It examines the actions of the state as the main power concerned with public affairs in society, and enquires into which public action is considered good or bad in relation to other value systems endorsed by Islam. The work uses a unique methodology to argue that the major elements of the Qur'anic political thought are securely anchored in the Makkan verses of the Qur'an. Studying these verses it searches for the rules and principles that help identify the directions and major objectives towards which both human society and political action are guided prior to the rise of institutions and the regulation of relations. ELTIGANI ABDELGADIR HAMID is an Associate Professor of Islamic Political Thought. He received his doctorate from the University of London and specializes in both Islamic Studies and Politics. He has taught and carried out research at several universities including the University of Khartoum and the International Islamic University (Malaysia) and has authored several publications including works in both Arabic and English. He currently teaches at the Graduate School of Islamic and Social Sciences (USA).

Frequent Phrases in The Quran By Abdul Wahid Hamid