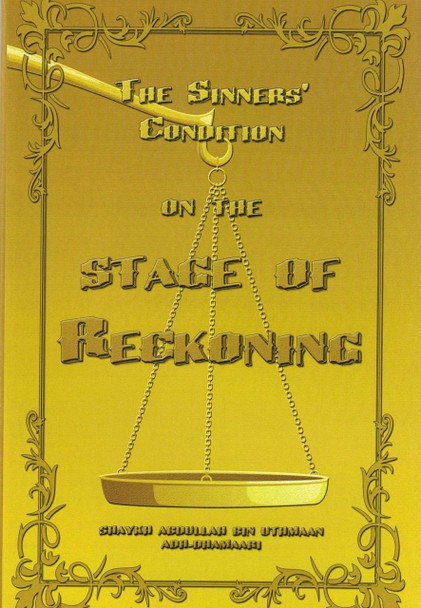 O believers, on the stage of the reckoning, there shall be sights that people cannot fathom and terrors that will cause the hearts to become dislodged from the chests. However we are in a state of heedlessness, O brothers. Tell me if you were to see a man from amongst the people whose stomach has been enlarged and it has within it illness from the diseases that are present within the Dunyaa, then how would this sight be? So what do you think regarding the one whose stomach is filled with fire burning the insides and scorching his intestines and the flame cannot be extinguished nor can its heat be cooled for a period of 50,000 years? He is not able to free himself from it nor rest from it for even one second. He will remain, for 50,000 years, in this state while screaming, crying, falling out, seeking deliverance and seeking refuge. However he will not find anyone who can have mercy upon him or anyone who will deliver him.

These are those who eat the wealth of the orphan oppressively. None has the right to be worshiped except Allah! How great is our heedlessness from that which awaits us?! Indeed, it is sufficient as a punishment for one of us to see these people being punished. So how about if one were to be from amongst these people? However, many from amongst the people are forgetful about that day after that every individual shall be known by way of his deeds which he used to do, of good or evil. So that which was secret shall be exposed and the one who used to stand before his Lord committing major sins shall be exposed. On that day you shall see people from the amongst the Muslims—from those who you know and some of them from those who you lived amongst, and perhaps they are from your friends and relatives—you shall see them in a state other than the one upon which you know them. Their makeup has been altered, and way of their inequities will call them. These are sights that cannot be fathomed if they were to be revealed to the people. However, the people are headless regarding that day. So who is it that will protect the disobedient one from this, O Ummah of Muhammad? How severe is our heedlessness?

And there in the midst of those terrors and horrifying dreadful sights amongst the ranks of the sinful Muslims you shall be surprised by a terrifying image; a group from amongst the Muslims standing forth who have been brought by the angels having along with them containers of molten lead within the hellfire. It shall be poured into their ears. Woe to them, if it had been molten lead that was heated by the fire of the Dunyaa, then it would have been a severe punishment and the one experiencing it would wish for a hastened death. How about when it is heated by the fire of hell, and the person is decreed to be punished by it for 50,000 years?

The angels will make them lie down and pour this molten lead from the fire of hell into their ears. They will be crying, screaming and falling out. And they will not find anyone to have mercy upon them.