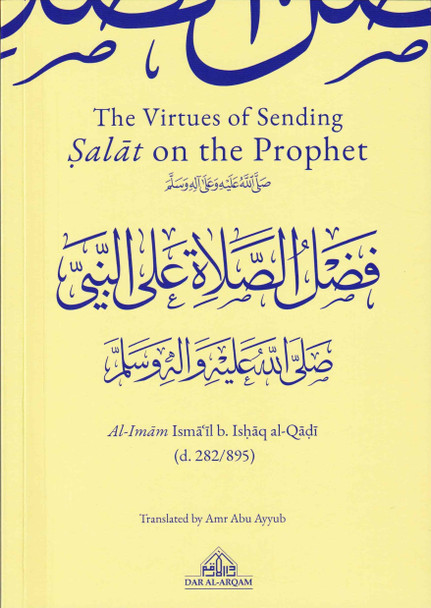 Undoubtedly, salāt upon the Messenger of Allah ﷺ is of the highest actions of worship that one can do. How can one resist uttering salat upon the Prophet ﷺ , he who gave his life, his money, his time, his efforts, his children, his companions and friends, his rest, his worldly life, and sacrificed it all, just to teach you, Muslim, about monotheism and to warn you from polytheism? Indeed, the greatest of the creation of Allah is Muhammad. He is the noblest of men, the finest of humans, the greatest of worshippers, the bravest of warriors, the humblest of servants. He was the light that beckoned, the chief of creation, the khalil of Allah, the carrier of His final message.

Authored by the great Muslim luminary and eminent scholar of Islam, al-Imam Ismail b. Ishaq al-Qädi, who was such that when he entered a room, some would remark, “Madinah has come." Indeed, he was a pious jurist of the Maliki Madhhab, a scholar of hadith, Qur'an, Islamic law, and the Arabic language. In this book, al-Imam Ismä'il al-Qadi truly shows his noble qualities and his vast knowledge, steering the reader towards gaining love of sending salāt upon the Messenger of Allah ﷺ.