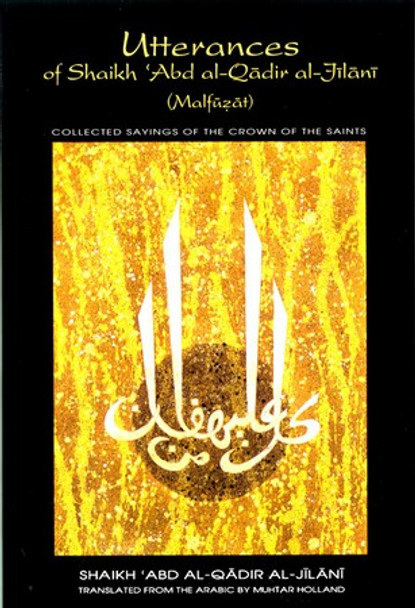 Known as the Malfuzat, and generally found appended to manuscripts of Al-Fath ar-Rabbani [The Sublime Revelation], these are various sayings of Shaikh 'Abd al-Qadir al-Jilani made during the same time period covered by al-Fath ar-Rabbani, but are not discourses in their own right and thus do not fit into any of them. This is a collection of sayings and short talks on different topics of immense value to the believer. It is in the Malfuzat that the Shaikh mentions twice that wilayat [saintship] should be the goal of every Muslim, that is to say, that it is not beyond the aspiration of the common man to become a wali of Allah. He has lifted our eyes out of the dust set them in the direction of the most exalted levels, may Allah be pleased with him. Cover art by Rohana Filippi "Kullu man 'alai-ha fan." "All upon it [the earth] shall pass away." Quran (55:26)

MSRP:
Now: $21.95
Was:
Sufficient Provision for Seekers of the Path of Truth (Volume 4) By Shaikh Abd Al-Qadir Al-Jilani Sheikh Abd al-Qadir al Jilani is regarded by many as the Sultan of the saints and the supre
11112