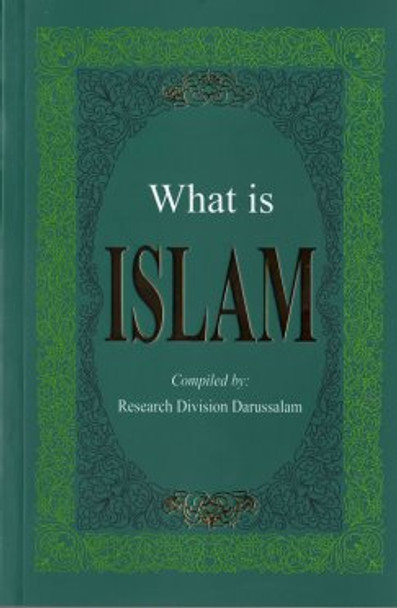 In the Name of Allah, the Most Gracious, the Most Merciful

"And I (Allah) created not the jinn and mankind except that they should worship Me (Alone). I seek not any provision from them (i.e. provision for themselves or for My creatures) nor do I ask that they should feed Me (i.e. feed themselves or My creatures). Verily, Allah is the All-Provider, Owner of Power, the Most Strong. And verily, for those who do wrong, there is a portion of torment like to the evil portion of torment (which came for) their likes (of old); so let them not ask Me to hasten on!. Then woe to those who disbelieve (in Allah and His Oneness Islamic Monotheism) from their Day which they have been promised (for their punishment)." (Surah Adh-Dhdriyat, 51: 56-60)

Islam is the religion that Allah has chosen for mankind. It is a way of life that affects every aspect of man's life, the social, the political, the economic, etc. Islam has a solution to every problem regardless of its nature and gravity. It is a Divine message, which Allah chose Muhammad (S) to convey to mankind. Islam considers all forms of life as sacred.

In this book we have tried to convey the basic rules and regulations concerning Islam.

A Note from the Publisher

This religion - Islam is a heavenly system (or regime) for all the dwellers of the earth, and it is a mighty treasure if only mankind realizes its authenticity and truth. And in what a great need the whole world is today for real understanding and thorough studying of its rules and regulations - i.e., the Noble Qur'in and the pious Sunnah (legal ways, etc.) of the Prophet Muhammad , as these (the Qur'an and As-Sunnah) accede to the demand of the people to know their Creator (the Almighty Allih, the Blessed, the Most High), organize and regulate the relations between them on the foundations of (Godly) Divine Justice and equality and respond to the human nature equally to that which makes sure for them their welfare (happiness) in this world and in the Hereafter (after their deaths).

And how many disasters, calamities and wars, the mankind of the whole world is suffering because of their differences in their faith, and organizations, which have broken them into the worst type of breaking, so there remains no way out for any security or any safety or any peace except with Islam, i.e., by putting in practice the Laws of their Creator, Allah, (i.e., the Qur'an and As-Sunnah).

Invitation to this religion - Islam is incumbent upon all those who have known it, and have enjoyed its taste and have been guided through its guidance. In fact it is a great responsibility and a trust (of Allah) over (the shoulders of) all those who know Islam, to preach it to mankind and invite them to it in a language which they speak and understand.

MSRP:
Now: $29.95
Was:
What Is Islam? By Jamaal Zarabozo Since many of the masses are unfamiliar with Islam beyond what they see in the mass media —which of course recently has been filled with a terrorist...
13451