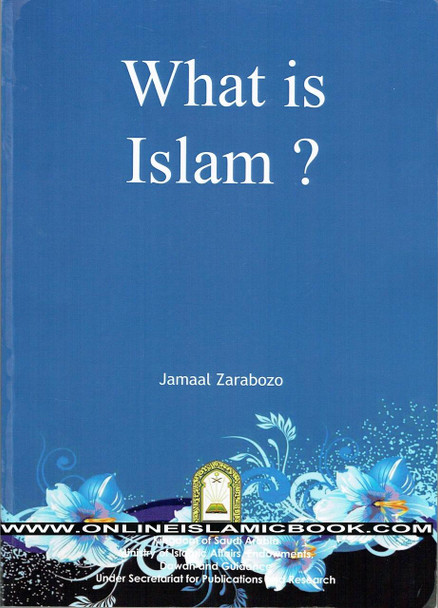 Since many of the masses are unfamiliar with Islam beyond what they see in the mass media —which of course recently has been filled with a terrorist taint— it is not surprising that such misrepresentations of Islam resonate with the public as a whole. The easiest and probably the most productive cure for this situation is by reaching out to those people and allowing them to hear what Islam is truly all about. One must go beyond the hype and get to the true authentic teachings of the religion. Unfortunately, it is also a sad state of affairs that today one must also go beyond the picture that the Muslims themselves give non-Muslims of Islam. Although, in general, Christianity or Judaism is not blamed for the misdeeds of Christians or Jews, today Islam is still often blamed for the misdeeds of Muslims, even when the practices of such Muslims clearly violate the tenets of Islam.

Unfortunately, today the negative views and misrepresent- actions of Islam are not simply an issue of one's personal religious beliefs. The ramifications have gone far beyond that and touch upon the security and politics of the world as a whole. Most harmful though is that as Islam is misunderstood and continually painted as the “other” and a source of evil, many are closed off to its beauty and its priceless truths that it has to offer to humankind. In reality, in these troubled times, there is a great need to turn to the guidance from God, which is exactly what Islam is all about.

He is a well known American based Islamic scholar, lecturer, and author of numerous books on Islam and speaker of many lectures on Islam.

The Fiqh of Family,Marriage and Divorce by Jamaal din Al-Zarabozo

Price:
Sale Price: $19.95
Was:
The Fqih of Family,Marriage and Divorce by Jamaal din Al-Zarabozo This work will cover one of the most important topics in the lives of many Muslims. Indeed, it is a topic that affects most Muslims...
13918

The Friday Prayer : Part 1, The Fiqh by Jamaal din Al-Zarabozo

Islam in Andalus By Ahmad Thomson