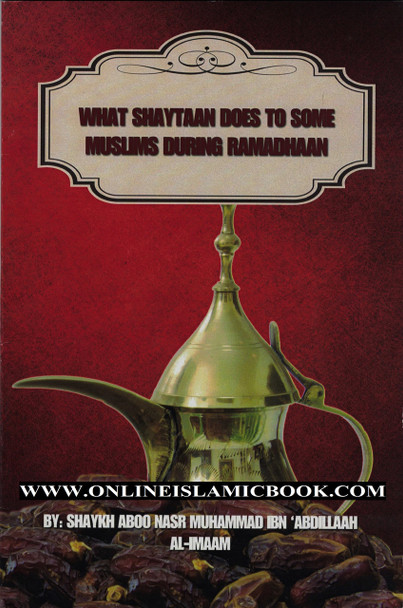 Shaytaan, sitting upon every path from the paths of obedience, is in order that he may arrive at a number of affairs.

The first of them is that he may make you forget the obedience of Allaah in order that you shall not embark upon it and not even think about performing it and that you should not desire it nor should you love to be from its people. This is the first level with iblees.

If he is incapable of this and is not able to cause you to forget about performing acts of obedience, then he hastens to make you miss out on its performance.

Although you may perform them, you will do so, however, without perfecting them and without consistency and perseverance there in.

O Slaves of Allaah, we are in need of knowing our greatest enemy who is none other than shaytaan; (he) who has been deprived of the obedience of Allaah. Our lord has said within his Noble Book: Shaytaan (satan) has overtaken them. So he has made them forget the remembrance of Allaah.

Welcoming The Month Of Ramaḍan, The Virtues Of Fasting, & Tafsir Of The Verses On Fasting By Shaykh Aḥmad Bin Yaḥya An-Najmi