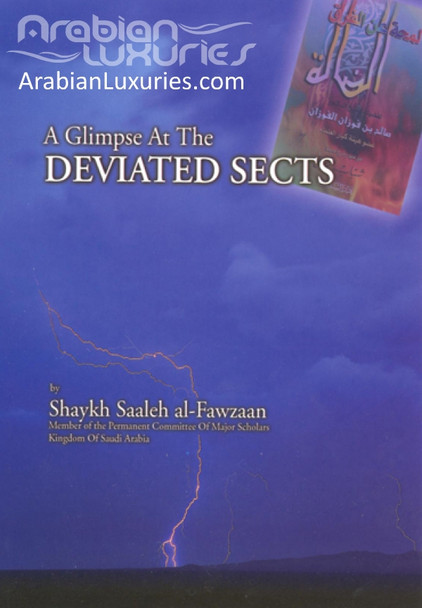 A Glimpse At The DEVIATED SECTS Verily a discussion about the sects is not an issue of mere historical presentation by which the study of the origins of the sects is done simply for the sake of it. As is the case with historical events. Rather, discussion about the sects has a greater importance than that, and it is a warning from the evils of these sects and their newly invented matters and the necessity to cling to Ahlus-Sunnah wal-Jamaa’ah. Abandoning that which the deviated sects are upon is not achieved by an individual, rather it is only achieved after study and recognition of what the Saved Sect is. Who are the Ahlus-Sunnah-wal-Jamaa’ah, those whom every Muslim is obliged to be with? And what are the different sects? And are their ways and doubts, in order that one may be aware of them, because as they say, ‘the one who does not recognise evil, then it is feared that he will fall into it’. So recognition of the sects, their ways and doubts and recognition of the Saved Sect, Ahl-us-Sunnah wal-Jamaa’ah, and what it is upon, contain much benefit for the Muslim.

MSRP:
Now: $9.95
Was:
Glimpses of the Lives of Righteous People By Majdi Muhammad Ash-Shahawi ISBN: 9789960899084 In this book the highlights of the teachings of Islam have been presented through the glimpses of the...
10053

MSRP:
Now: $9.99
Was:
A Glimpse at Humor in the Prophetic Sunnah By Abu al-Hasan Malik Adam al-Akhdar On the authority of Abu Hurayrah (may Allah be pleased with him) who said that some of the Companions asked the...
11305

MSRP:
Now: $15.95
Was:
A Glimpse At the Impeccable Character of the Noble Messenger By Al-Allamah Abd al-Muhsin al-Abbad The greatest blessing Allaah has bestowed upon this nation is that He sent to them His noble...
12144