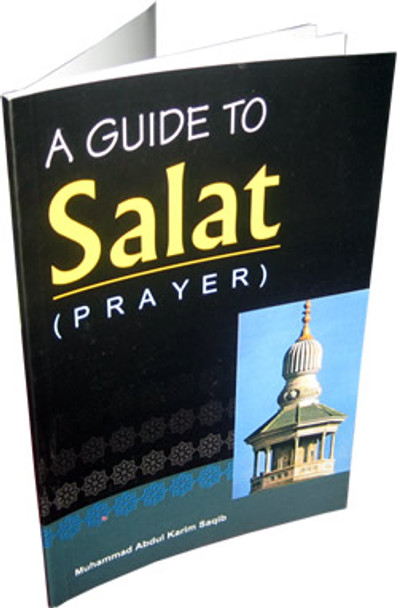 There are many books dealing with the subject of Salat in both Arabic and Urdu. Many of these books are well written and provide an informative and comprehensive view of how Salat should be performed according to the teachings of Prophet Muhammad (S). Unfortunately, there are very few books in English which deal with the subject in the same informative and comprehensive way. The books, which do exist, have three main disadvantages:

Firstly, literature concerning Salat available in English is either so brief that it does not cover essential points in nearly enough detail, or it is so bulky and detailed that it becomes difficult to use it for quick reference, and essential points may get lost in the unnecessary detail.

Secondly, the text of the Salat lacks the quality of direct research from the Sunnah of the Prophet Muhammad (S). There are also books which contain material without any reference to the original sources.

Thirdly, the majority of books have been written according to the views held by certain schools of thought and for this reason some people hesitate to follow them.

Because of these weaknesses in existing literature in English, we felt that the need existed to produce a medium sized book on Salat which would approach the subject according to the teachings of the Prophet Muhammad (S). The Prophet, himself, said: "Pray as you have seen me praying."

Such a book needs to contain all the essential details of Salat without being too bulky or complicated so that the reader can use it as a point of reference on a journey or at home.

It was also felt that a comprehensive book on Salat in English would be useful for converts to Islam and for such Muslims who do not fully understand Arabic and Urdu languages. Keeping in mind the needs of our brothers and sisters, every effort has been made to produce this book in simple and easy language.

During our research, we sometimes found that differences occurred between established practices in various prayer books. In these circumstances we referred to authentic Ahadith of the Prophet Muhammad (S), so that the points could be clarified as much as possible. This was, because, for a true Muslim there is no greater proof for settling arguments than authentic Ahadith and practices of Prophet Muhammad (S).

A Guide to Salah (Prayer) By Muhammad Abdul Rahim Saqib

A Guide to Salah (Prayer) By Muhammad Abdul Rahim Saqib

Salah-A Guide To Pray in Islam By Khalifa Ezzat

A Step by Step Guide Salat For Men