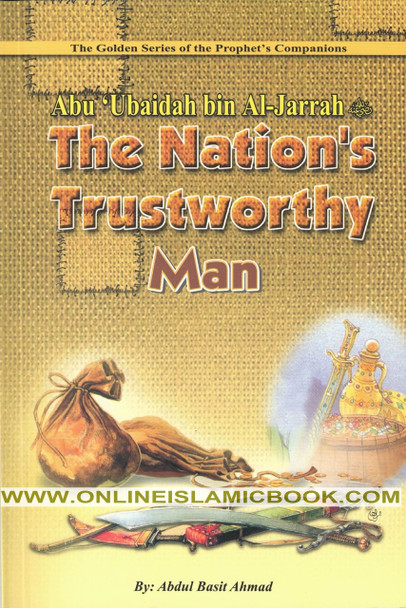 The Prophet Muhammad (S) publicly named ten men who he himself guaranteed would be in Paradise in the hereafter. One of these fortunate men was Abu 'Ubaidah bin Al-Jarrah (R). He was one of amongst who accept Islam in its early days in Makkah. He took part in the migrations to Ethiopia and Al-Madinah, for the sake of preserving his faith. He fought in all the major battles of Islam and spent most of his life as a soldier fighting for the cause of Islam. He even killed his own father in battle when his father vowed to slay him for accepting Islam. Praising his character, the Prophet(S) said: "Every Ummah has a trustworthy man; Abu 'Ubaidah is the trustworthy man of this Ummah.

Ibrahim A Nation in One Man By Muhammad al-Jibaly

Price:
Sale Price: $10.95
Was:
Ibrahim A Nation in One Man By Muhammad al-Jibaly ISBN: 9781891229411 This series of books relates stories of outstanding moral and educational value. The stories are exclusively taken from...
10059