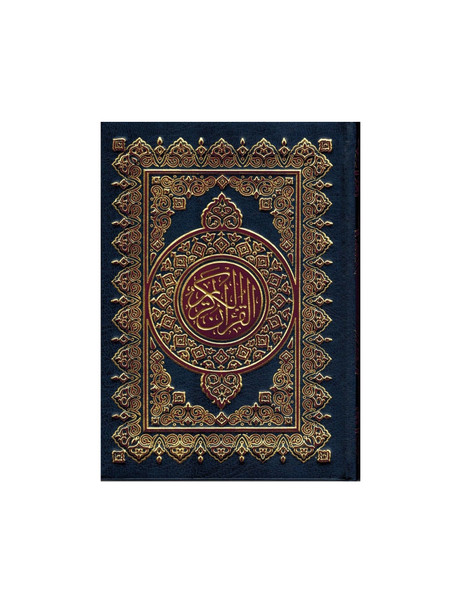 The Quran (/kʊrˈɑːn/, kuurr-AHN; Arabic: القرآن al-Qurʼān [alqurˈʔaːn], "the recitation"), also romanized Qur'an or Koran, is the central religious text of Islam, believed by Muslims to be a revelation from God (Allah).The Qur'an (Arabic: القرآن‎) is the holy book of Islam. The Qur'an is considered by Muslims to be "The Word of Allah (God)". This book is different from other religious texts in that it is believed to be the literal words of God, through the prophet Muhammad. Some Muslims call it the Final Testament.

MSRP:
Now: $9.95
Was
Al Quran Al Kareem, Holy Quran, Mushaf Uthmani, Pocket Size Colour may be change, depends on availability of stock. This Arabic only Qur'an, features a deluxe hardcover, with Deluxe Pages of the...
11975