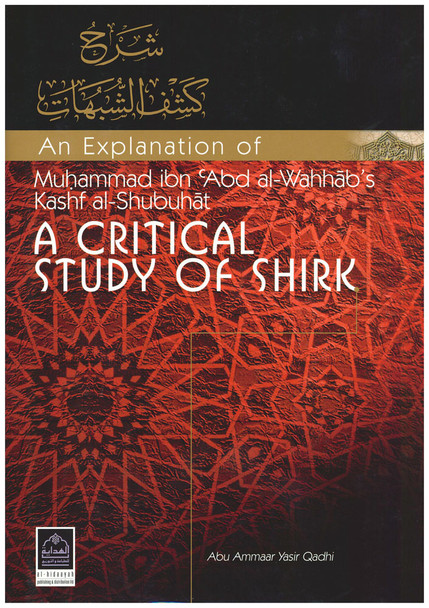 This work, which is a detailed explanation of one of Muhammad ibn Abd al-Wahhab?s most important works, deals with explaining and refuting the evidences that were used by certain Muslim groups of his time to justify acts of shirk. It is entitled ?Kashf al-Shubuhat?, which literally means ?The Clearing of Doubts?. The author intended in this work to expose the falsity and speciousness of these arguments by proving that the pagans whom the Prophet fought utilised the exact same arguments and fell prey to the same reasoning as these modern day practitioners of shirk did. Some useful sections have been added to this work by Abu Ammaar in order to maximise the benefit of this work.

Dua The Weapon of the Believer By Abu Ammaar Yasir Qadhi

Price:
Sale Price: $11.95
Was:
An Explanation of Muhammad ibn Abd al Wahhabs (Four Principles of Shirk) By Abu Ammar Yasir Qadhi ISBN: 9781898649526 In this book the author explains the dangerous concept of shirk through four...
10813

Price:
Sale Price: $7.95
Was:
An Explanation Of The Four Fundamental Principles By Muhammad Ibn Abdul Wahhab The Four Principles that he expounds upon are related to Tawhīd and Shirk. Tawhīd refers to the fact that there is none...
12746