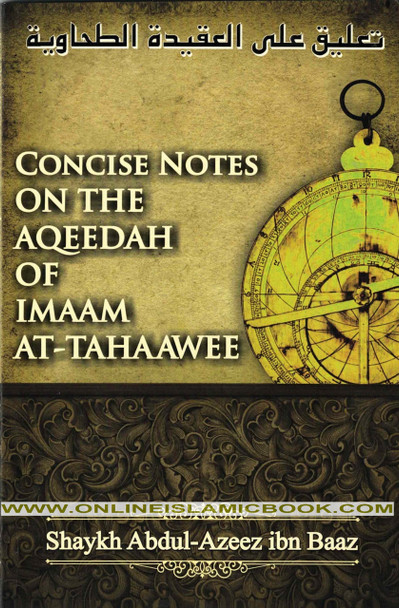 The most important thing to a believer is their belief and creed. The importance and need of the proper belief and creed is not rivaled by the need for food and drink, clothing or shelter. This is the reality; thus all those who understand and take heed realize that studying it is not a want but rather a need.The creed is that which is found in the Qur'an and Sunnah, not that imagined by man nor that which conforms to wishes and desires. The correct creed is that which the Sahabah (companions of the Prophet) were upon. Consequently, all those who truly are concerned with guidance must believe as they believed. Allah says what means,
- "So if they believe in the like of that which you believe, then they are rightly guided."(Al-Baqarah: 137)
- Concise Notes on the Aqeedah of Imaam At-Tahaawee is a valued work from the precious works of some of the great Islamic scholars dealing with the Muslim's Creed.
View AllClose

Price:
Sale Price: $6.95
Was:
The Obligation of Protecting Yourself and Family From The Hell Fire By Imaam Abdul-Azeez Ibn Abdillah Ibn Baaz "O you believe ! protect yourselves and your families from a fire whose fuel is men and...
10961

Price:
Sale Price: $24.95
Was:
Sharh Al-aqeedah Al-wasitiyah (Arabic Only) By Ibn Taymiyyahs Sheikh-ul-Islam's book Al-Aqeedah-il-Wasitiyah deals with the perfect and undefiled Islamic Faith and Creed of the As-Salaf-As-Salih (the...
11280