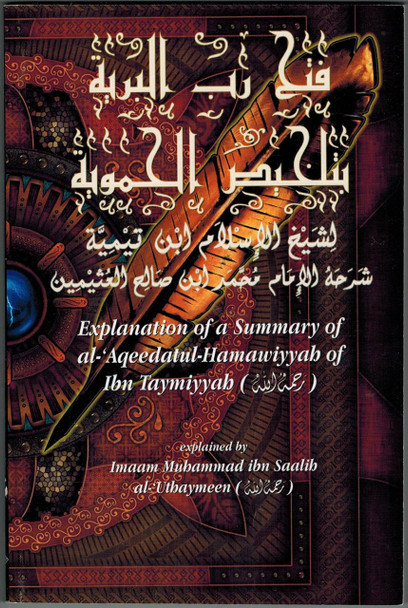 All praise and thanks are due to Allaah. We praise Him, seek His help and His forgiveness. We seek refuge with Allaah from the evils of our own selves and from our bad deeds. Whomever Allaah guides, none can misguide him and whomever He misguides, there is no guide for him. I testify that nothing deserves worship except Allaah alone, with no partner and I testify that Muhammad is His servant and Messenger – may Allaah send prayers upon him, his family, and his companions.

As for the following:

Allaah has sent Muhammad (Sallallaahu 'alayhi wa Sallam) with guidance and the true religion. He sent him as a mercy to the world, as an example for the workers, and as a proof against all the servants. He (Muhammad) fulfilled the trust, conveyed the message, advised the Ummah, and he clarified for the people all of what they need regarding the foundations of their religion as well as its detailed matters. He left no good except that he clarified it and encouraged it, and he left no evil but that he warned the Ummah from it so much so that he left his Ummah upon a clear, white path – its night as clear as its day. His companions traversed this path, shining and radiant.

Afterwards, the best generations took it from them in the same state until oppression frowned upon them with the darkness of various innovations by which the innovators conspired against Islaam and its people. The people then wandered in confusion purposelessly, and they began building their ‘Aqeedah beliefs upon a spider’s web.

However, the Lord upholds His religion with His close helpers upon whom He bestows Eemaan, knowledge, and wisdom by which they prevent these enemies. They repel their plot back against their own throats. So no one ever comes out with his innovation except that Allaah – and for this deserves praise and thanks – destines to send someone from Ahlus-Sunnah who refutes and disproves his innovation and extinguishes it.

He has many works on the clarification and explanation of the Sunnah, the reinforcement of its pillars, and the destruction of innovations.

One of the works on this subject is his “al-Fatwaa al-Hamawiyyah” which he wrote as an answer to a question presented to him in the Hijrah year of 698 from Hamaah, a place in ash-Shaam. In it, he was asked what the scholars and Imaams of the religion say concerning the Aayaat and the Ahaadeeth of the Sifaat, or the attributes and characteristics of Allaah. So he answered in about 83 pages and due to which, he suffered trials and afflictions. May Allaah reward him on behalf of Islaam and the Muslims with the best of rewards.

Due to the difficulty in understanding and comprehending this answer from many readers, I wanted to summarize the most important points from it along with some other needed additions. I have named it “Fathu Rabb-il-Bariyyah bi-Talkhees al-Hamawiyyah.”

I first published it in the Hijrah year 1380. I am now publishing it a second time and perhaps changing what I see beneficial of additions or deletions.

I ask Allaah to make our effort sincerely for His Face and as a benefit to His servants, for indeed He is Generous and Kind.