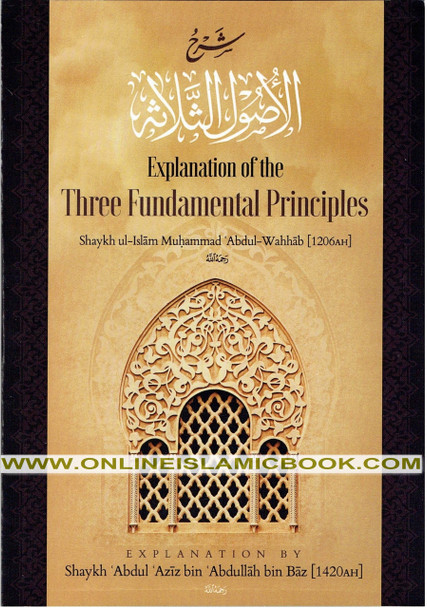 These matters require from the believing man and woman, young and old to learn.

The author (May Allāh have mercy upon him) said,

“The first is knowledge” one is obliged to learn and gain insight so that he is upon clarity. He must learn about the religion of Allāh which he was created for. This knowledge is learning about Allāh, His Prophet, and the religion of Islām with proofs.

So, that is the first matter that the servant gains insight about who is his Lord?

Hence, he learns that his Lord is the Creator who created him, provides his subsistence, and confers His favors upon him. Allāh created those who came before him and those who will come after him. He is the Lord of all that exists. Allāh is the one true deity and object of servitude. No one besides Him deserves to be worshiped. Not a close angel, a messenger who was sent, not a Jinn, no human, no idol or anything else deserves to be worshiped; Rather, true worship is a right that belongs to Him alone.  He is the sole object of worship in truth.

He deserved to be worshipped. He is the Lord of all that exists. He is your Lord and Master, your Creator, and your true Deity. So, you should know this first matter which is knowing your Lord, your Prophet, and your religion with proof. It is what Allāh says, and his Prophet said, not by opinions and statements of so and so person. Instead, it is with proofs from the verses of the Qurʾān and Ḥadīth. This is the religion of Islām that you have been obliged to enter and commit to.

It is the worship of Allāh which He (the Exalted) says about it,

“And I (Allāh) created not the jinn’s and humans except they should worship Me (Alone.” [Sūrah Adh-Dhariyat 51:56]

This worship is Islām. It is obeying Allāh and His Messenger. It is establishing Allāh’s orders and abandoning forbidden matters.

This is the worship in which mankind was created for. Allāh orders this within His statement,

Meaning: worship Him by obeying His commands and abandon His prohibitions, and submit oneself directly to him, and specify worship for Him (the Exalted).

Price:
Sale Price: $24.95
Was:
Explanation of the Three Fundamental Principles of Islam By Muhammad bin Saalih Uthaymeen ISBN: 9781898649250 This book is an explanation of Abdul-Wahhab's Thalaathatul Usool (The Three...
11324

Price:
Sale Price: $15.95
Was:
Commentary on the Three Fundamental Principles of Islam By Muhammad bin Salih Al-Uthaimeen ISBN: 9786035000499 This book is a clear explanation of that which we should all know about our religion...
10019

Price:
Sale Price: $21.95
Was:
Three Fundamental Principles Of Islaam By Ash-Shaikh al-Faqeeh al-'Allaamah 'Ubaid ibn Abdillaah Al-Jaabiree The book before you is an explanation of a concise yet great work written by a noble...
11764