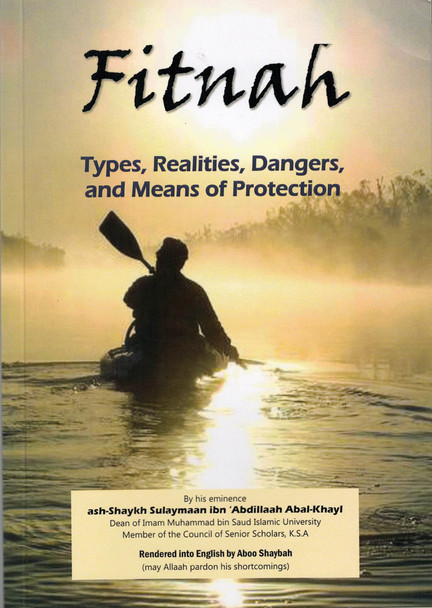 From as far back as the beginning of creation, there has been a constant struggle between truth and falsehood. The truth has enemies–obstinate jinns and humans– who remain staunch in harbouring hostility and malice towards it. They confuse people about their religion, lead them astray, embellish lies, misrepresent realities, Spread various doubts, and incite strife. As a result, right turns into wrong, bad into good, good into bad, ambiguous into conclusive, conclusive into ambiguous, deviance into guidance, guidance into deviance, unsound into wholesome, and wholesome into unsound. Trials and strife contain many serious ills and pose grave dangers. When such trials approach, they grow and spread, people are affected by them, and even prudent individuals become unable to fend off the insolent during them. When such trials and strife occur, no one remains unscathed besides those whom Allaah protects.

The danger of trials and strife lies in the fact that when they approach, people do not recognize certain realities. They become confused about the distinction between truth on the one hand and falsehood on the other; as well as advocates of evils and misguidance on the one hand, and advocates of guidance and virtue on the other. Consequently, people fall into the snares of those trials, become adversely affected by them, deviate from the teachings of their religion, fall short in various ways, and commit various mistakes. They become easy -to manipulate tools in the hands of those who are open and hidden enemies of Islaam, and wood for the fires they ignite. Then, when the trials and strife eventually depart, that is when all people – even the ignorant– recognize what really happened. However, it is too late to benefit from the knowledge and recognition which come at that time.

The Death Of Best Of Mankind By Shaykh Sulayman Ruhaylee

Rights of the Spouses by Shaykh Sulayman Ruhaylee

Price: $19.95
Sale Price: $17.95
Was: $19.95
Insight into the Aqeedah Taught by Islam by Shaikh Abdur Rahman bin Abdul Azeez Al-Sudais The most crucial issue that must be given attention by scholars of Islam, callers to Islam, scholars of...
13919

Rights of the Spouses by Shaykh Sulayman Ruhaylee

The Death Of Best Of Mankind By Shaykh Sulayman Ruhaylee