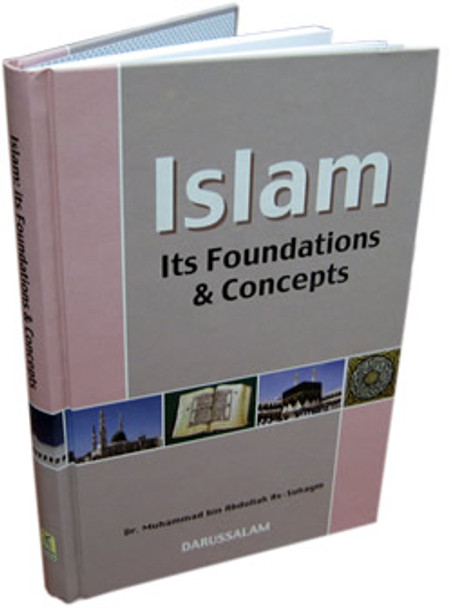 In accordance with this gracious Divine Way, I write this book to invite people to the religion of Allah, deriving guidance in doing so, from the Book of Allah and the Sunnah of His Messenger (S) I briefly explained herein the story of the creation of the Universe, the creation of man and how he was favored by sending Messengers to him and situation of past religions. I afterwards made an introduction to Islam as per its meaning and pillars. So, whoever is looking for guidance will find its evidences therein, whoever is looking for salvation may find that I have explained the way to it in this book, whoever desires to follow the track of the Prophets, Messengers and righteous people will find their path herein while those who turn away from their way only befool themselves and take to the straying path.

It is a matter of fact that adherents of each religion call others to it and believe that truth only abide in their religion. It is also a fact that adherents of each belief call others to follow their leader and extol him. As for Muslim, he does not call people to follow his ideology. His religion is the religion of Allah with which He is pleased. Allah says: "Truly, the religion with Allah is Islam."

He also does not call people to glorify a human being, for all human beings are equal in the Religion of Allah; nothing distinguishes one from another except piety. A Muslim rather calls people to follow the path of their Lord, to believe in His Messengers and follow His Law which He revealed to the last of His Messengers Muhammad (S) and which He commanded him to convey to all mankind.

It's on this account that I wrote this book in order to call people to the Religion of Allah which He is pleased with and with which He sent His Last Messenger in order to guide those who are looking for guidance and happiness. By Allah! No human being can have real happiness except through this religion and none can have rest of mind except by believing that Allah is the only Lord (worthy of worship), that Muhammad is His Messenger and that Islam is the only acceptable religion of Allah.

Thousands of those who embraced Islam have testified that they did not know real life until after they embraced Islam and that they did never tasted happiness except under the shade of Islam. Since it is a fact that every human being looks for happiness, peace of mind and truth, I prepare this work to help them achieve that. I pray that Allah makes this work purely for His sake and let it be well-accepted and make it one of those righteous deeds that will benefit its doer in this world and the next.

I equally request from whoever has any observation or correction either on the Arabic text of this Book or any of its translated versions to kindly send it to me through the below-mentioned address.

The Foundations of Faith By Muhammad Bin Abdul Wahhab

The Disappearance of Knowledge By Muhammad Bin Abdullah Al-Imam