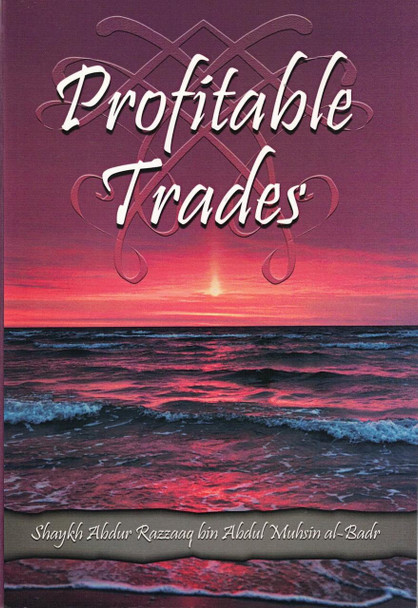 Indeed, business, trade, and the attainment of profit—as well as competing in it—are the ambitions of every man and the desires of every servant. Every man in this Worldly life is a seller, buyer and merchant, setting out and either selling his (self)—and thus liberating it—or leading it to destruction. However, many people are heedless of the existing competition and pursuit in the attainment of the profitable trade whose benefit for the servant remains in his Worldly life and Hereafter.

In this treatise, Al-Mataajir Ar-Raabihah (The Profitable Trades), is some words about this trade— trade of the Hereafter with righteous good deeds. So, prayer is a trade; fasting is a commerce and charity is a trade. Every noble act that draws the slave nearer to Allaah is from these profitable trades. Just as there is profit and loss in the worldly trade, so is the case with this trade.

The Keys of Good by Sheikh Abdur Razzaq Al Abaad

MSRP:
Now: $8.95
Was
The Keys of Good by Sheikh Abdur Razzaq Al Abaad Indeed from the people are people who are keys to open the good for the people, and to lock away the evil, and understanding what brings about good...
12750

MSRP:
Now: $19.95
Was
Important Lessons for Ramadan,30 Daily Lessons for The Blessed Month Of Ramadan By Shaykh Abdur Razzaq Al Abbaad ISBN: 9781495196836 Verily from the great blessings of Allah upon His servants is that...
12735