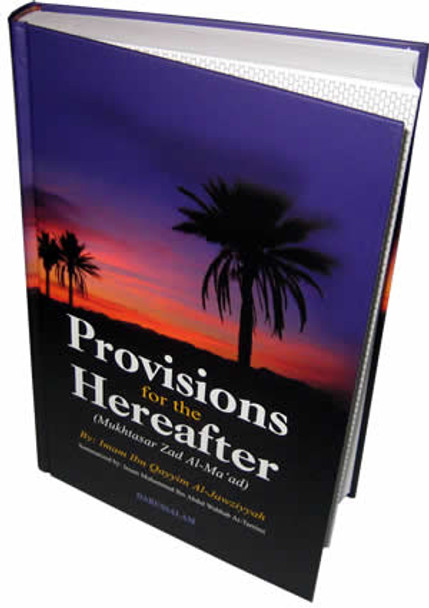 Allah has sent the Messenger (S) with guidance and the Religion of Truth. Strict adherence to the guidance of His Prophet (S) is required from the followers of Islam. The scholars of the Islamic community have attached great importance to it and produced texts regarding the Acts of Worship, Dealings and Habits in the light of the Divine guidance.

This book is one of the most famous works written on this subject.

It is a profound classic work containing thousands of pages written by Imam ibn al-Qayyim while on the hajj journey, Pilgrimage, from Damascus to Makkah. Despite its being written from memory, the several thousand incidents, hadiths, ayah, fiqh benefits, as well as, names of the companions associated with them, were remarkably close to the truth, with marginal errors.

However, those who know the status, level of knowledge and Ta'hqiq that Imam ibn al -Qayyim had, will not be surprised to know the fact. Still, it is amazing how ibn al-Qayyim was able to write this volume while traveling to Hajj, especially since he was away from the resources of knowledge and enduring the hardships of travel. It is a blessing from Allah (swt) that is was possible for him to do so.

Excellence of Patiene and Gratefulness By Imam Ibn Qayyim Al-Jauziyah

Excellence of Patiene and Gratefulness By Imam Ibn Qayyim Al-Jauziyah

Price:
Sale Price: $19.95
Was:
Excellence of Patiene and Gratefulness By Imam Ibn Qayyim Al-Jauziyah ISBN: 9786035001120 This book is written to highlight the necessity and the pressing need to pursue these two qualities and...
10248

Price:
Sale Price: $44.95
Was:
The Disease and The Cure by Imam Ibn Al-Qayyim ISBN: 9781532369414 If the supplication is combined with a complete presence and consciousness of heart for the objective and meets with the six...
13438

The Keys to Happiness By Imam Ibn Al-qayyim

Price:
Sale Price: $15.95
Was:
The Keys to Happiness By Imam Ibn Al-qayyim ISBN: 9781495113246 Happiness is something that every human desires and pursues, but people have different opinions about what happiness truly is and...
12052