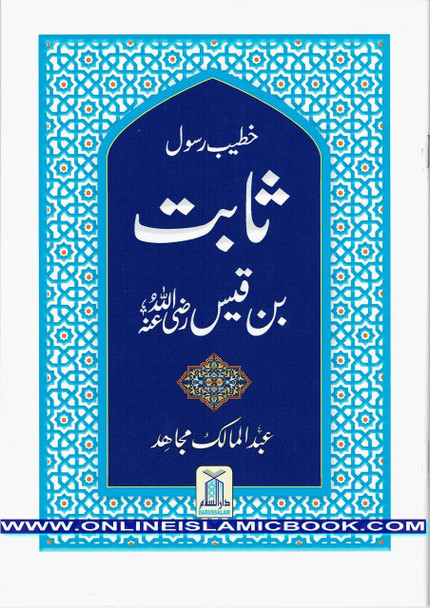 Thabit ibn Qays was a Sahabah, a first generation Muslim, someone who was converted by Rasulullah SAW himself. He played a prominent role in the meeting at the Saqifah.

(Go back to him and tell him this news; you are not among the people of the Fire. Rather, you are among the dwellers of Paradise.)”Al-Bukhari collected this Hadith with this wording.

“We used to see Thabit walk among us knowing that he was (to be) among the dwellers of Paradise. During the battle of Yamamah, our forces suffered retreat. Suddenly, Thabit bin Qays bin Shammas RA came, having put on his Hanut and shrouds, and said, `The worst habit is the one you acquire from your enemy and do not set a bad example for your companions.’ And he went on fighting until Thabit Ibn Qays RA was martyred, may Allah be pleased with him.”

The companion who shared the name Thabit bin Qays was Thabit bin Qays bin Shammas bin Zahîr al-Ansari. He is also referred to as Abu Muhammad or Abu Abdul Rahman, meaning the father of Muhammad or the father of Abdul Rahman. Both his sons were killed in the battle of Harra while defending Madina. Thabit Ibn Qays RA was known as the Speaker of the Ansar (Khatîb al- Ansar) as he would eloquently address the Ansar on behalf of the Messenger, upon him be peace. Thabit Ibn Qays RA was also known as Khatib al-Rasul, the one who gave the sermon for Rasulullah SAW.