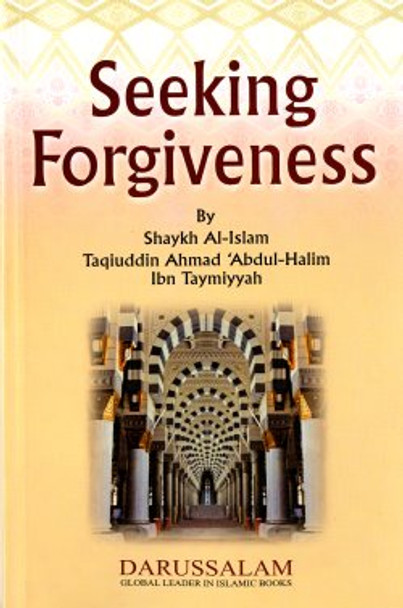 Price:
Sale Price: $5.99
Was:
— You save
Frequently bought together:

Some of the topics discussed in this book:

About  Sheikh ul Islam Ibn Taymiyah
Shaykh al-Islam  Taqi  ud-Din Abu'l-Abbas Ahmad Ibn al-Halim ibn Abd al-Salam Ibn Taymiyah al-Hanbali  was born in , 661 AH (1263 AC) in Haran, which is now in Eastern Turkey, near the border of northern Iraq..
His family had long been renowned for its learning , among his teachers, was Shams ud-Din Al-Maqdisi, first Hanbali Chief Justice of Syria following the reform of the judiciary by Baibars. The number of Ibn Taimiyah's teachers exceeds two hundred. Ibn Taimiyah was barely seventeen, when Qadi Al-Maqdisi authorized him to issue Fatwa (legal verdict). Qadi remembered with pride that it was he who had first permitted an intelligent and learned man like Ibn Taimiyah to give Fatwa. At the same age, he started delivering lectures. When he was thirty, he was offered the office of Chief Justice, but refused, as he could not persuade himself to follow the limitations imposed by the authorities.
Imam Ibn Taimiyah's education was essentially that of a Hanbali theologian and jurisconsult. But to his knowledge of early and classical Hanbalism, he added not only that of the other schools of jurisprudence but also that of other  literature.
He had an extensive knowledge of Quran, Sunnah, Greek philosophy, Islamic history, and religious books of others, as is evident from the variety of the books he wrote.

The Political Shariyah on Reforming the Ruler by Imam Ibn Taymiyyah

The Principle Of Love & Desire By Ibn Taymiyyah

A Treasury of Ibn Taymiyyah: His Timeless Thought and Wisdom

Price:
Sale Price: $15.95
Was:
A Treasury of Ibn Taymiyyah: His Timeless Thought and Wisdom ISBN: 9781847741035 This collection of wisdoms from the works of Ibn Taymiyyah reflects the range of his penetrative insight and wisdom...
13867

Price:
Sale Price: $11.95
Was:
The Greatness of Seeking Forgiveness and Repenting to Allah By Shaikh Abu Abdullah Mustafa bin Al-Adawi ISBN: 9782987458487 This treatise was originally a lecture delivered by the author in...
10730

The Most Excellent Manner of Seeking Forgiveness By Shaykh Abdur-Razzaaq

Price:
Sale Price: $7.95
Was:
The Most Excellent Manner of Seeking Forgiveness By Shaykh Abdur-Razzaaq An explanation of the authentic Hadeeth of the Messenger of Allah regarding Sayyidul-Istighfar, which is a form of seeking...
11701

The Principle Of Love & Desire By Ibn Taymiyyah

The Greatest Invocation for Forgiveness By Sheikh Abdul Razzaq