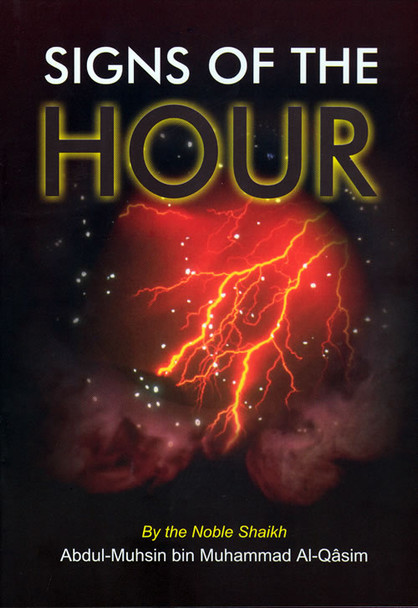 Price:
Sale Price: $3.50
Was:
— You save
Frequently bought together:

Faith in the Last Day and what it contains of rewards and punishments, is one of the pillars of Islam and its great foundations. Allah has placed before the Final Hour certain signs that indicate how close it actually is.

Indeed, our Prophet considered the approaching of the Final Hour as something very great, such that whenever he mentioned it, his cheeks would become red, his voice would rise and his irritation would intensify. He would always speak of it and give reminders concerning it. The Companions would often reflect upon the matter of the Final Hour.

Huthaifah said: "The Prophet (S) came upon us while we were reminding each other. So he said:
'What are you all discussing?'"

We replied: 'We are reminding each other of the Final Hour.'

When the Prophet began to mention it often and the Verses concerning its approach became numerous, the Companions feared that its occurrence would befall them (i.e., in their lifetime).

Many of the signs of the Final Hour have already appeared and much of what the Prophet informed (us) of has manifested itself. Therefore, every passing day increases the believers in their Faith and belief in Prophet Muhammad. This is due to the appearance of signs of his Prophet hood and proofs of his truthfulness, all of which require the Muslims to adhere to this upright religion so that they may be prepared for this event. For verily, the Hour has drawn near and its signs have become apparent. Allah the Exalted said: