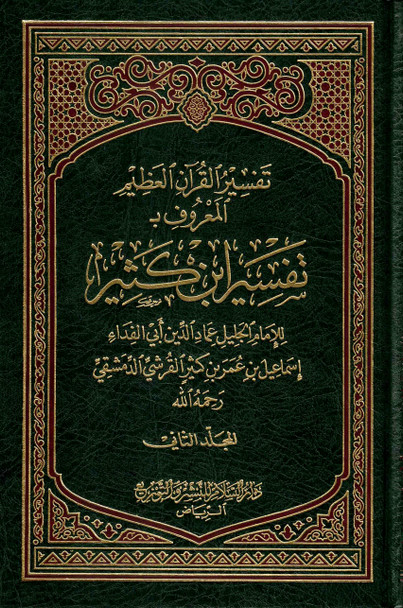 It is the most renowned and accepted explanation of the Qur'an in the entire world.

In it one finds the best presentation of Ahadith, history, and scholarly commentary.

Especially popular because it uses the hadith to explain each verse and chapter of the Qur'an.

He followed the Shafi`i school of thought. Ibn Kathir was born in the year 701 AH in an area called Majdal, near Busra, west of Damascus.

His father died when he was only four years old and was taken in by his brother and moved to Damascus in 706.

Here, he learned from great scholars such as Ibn Asakir, Ishaq ibn Yahya al-Amudi and the great Ibn Taymiyyah who was extremely close to him.

He also studied under various other sheikhs who gave him permission in fiqh and Hadith. He made many academic contributions to Islamic sciences.