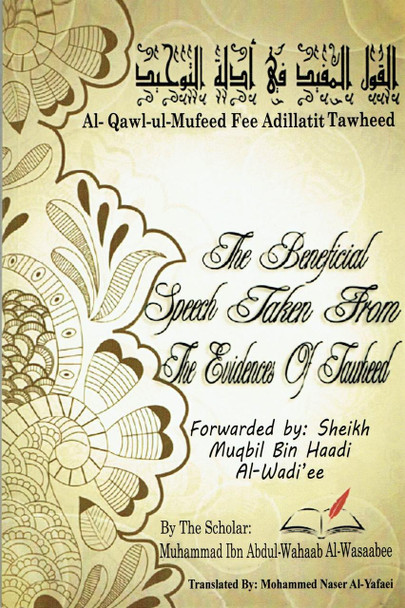 These were lessons conducted on the book ‘al-Qawl-ul- Mufeed Fee Adillatit-Tawhid’ [Beneficial Speech in Establishing the Evidences of Tawhid] written by one of the major scholars of the Sunnah in Yemen, Shaikh Muhammad ibn Abdul-Wahhab al-Wasabi (may Allah preserve him).

They were explained live via a telephone conference calling system by the Imam of the Masjid in Dar-ul-Hadith, Dammaj (Yemen), who is one of the senior scholars of the center of learning in Dammaj, Shaikh Ahmad al-Wasabi (may Allah preserve him). These lessons were conducted every Saturday from the period of April 2005 to June 2006.

Price:
Sale Price: $8.95
Was:
The Beneficial Summary in Clarifiying the Evidences for the Categories of Tawheed By Shaykh Abdul-Muhsin Al-Abbad ISBN: 9782987458296 Before you is a detailed work by Abdur Raazzaaq Al Abbaad...
11896

Price:
Sale Price: $12.95
Was:
The Fundamentals of Tawheed By Dr Abu Amina Bilal Philips ISBN: 9781898649403 This book presents a detailed explanation of the classical Islamic concept of God's unity as it relates to faith...
10839