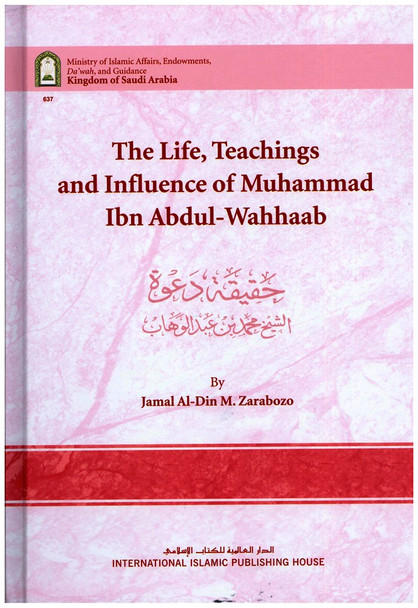 This book is not one with a political agenda. It is meant neither to support nor to critique any contemporary regimes or policies. Indeed, the driving force behind this work is much greater and more important than that. It has to do with, first the religion of Islam as preached by the Prophet himself, and second, with the honour and rights of an individual Muslim, Muhammad Ibn Abdul Wahhaab.

The name Muhammad Ibn Abdul Wahhaab has been heard often throughout both the Muslim and non-Muslim worlds during the past 2 centuries. In reality, Ibn Abdul Wahhaab is not a man who is "shrouded in mystery". His writings, as well as the writings of his closest students and descendents, are well known and easily available today in virtually any part of the world. Although he is not shrouded in mystery what has been said about him over the years has definitely been filled with both fact and fiction.

The Methodologies Of The Quranic Commentators BY Jamal al-Din-Zarabozo

Price:
Sale Price: $23.95
Was:
The Methodologies Of The Quranic Commentators BY Jamal al-Din-Zarabozo
13860

Divorce : Its Reasons And Its Cures By Shaikh Jamal Ibn Furayhan Al-Harithi