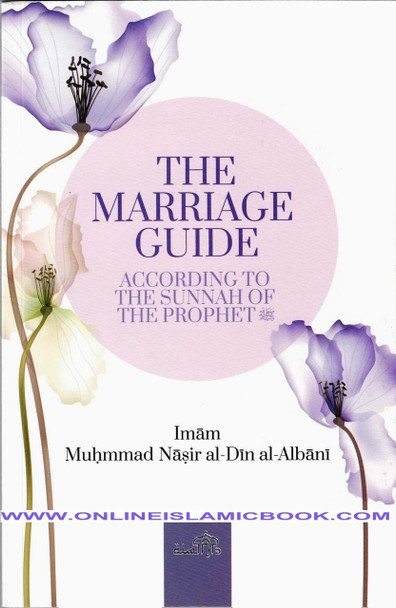 New Release
Price:
Sale Price: $9.95
Was:
— You save
Frequently bought together:

Allah,the'Most High said: "Among His Signs is that He created   spouses for you of your own kind so that you   may find tranquility in them. And He has placed love and mercy between  you. Verily in that are Signs for those   who reflect." Surah Ar-Rum, 30:21

The Messenger of Allah (a) said, "When a person gets Married, he has completed half of his religion; so, let him. fear Allah with regard to the other half."Bayhaqi, Shu'ab al-Iman, Shal Al-Albani Hasan Li Ghayrihi, Sahih al-Targhib waq-Tarhib (1916)

Marriage is an important institution in the great religion of Islam. Humans have been treated as social Creatures, requiring interactions with each other in order to survive.Harmoniously coexisting in love and mercy amongst men and women   were created To complement one another in companionship.

The family as a basic social institution is the cornerstone of society, and strong marriages are the basis for strong communities.

Thus, marriage was the way of the previous prophets and messengers, and it was the practice  of our noble Prophet   Muhammad (saw) and his companions - may Allah be pleased with them all, Amin.

This Simple but important text, covers many aspects of married life which every Muslim Must acquaint themselves with. The Sheikh - may Allah have mercy on him has diligently put together this work, quoting from the Qur'an and authentic Ahadith of the messenger of Allah It is a great guide for all those who intend on getting married, as much as for those who are already married. Familiarizing oneself with this work is a must for every Muslim who wishes to learn and practice the Islamic manners etiquettes related to marital life, It is a text that no Muslim home or library should be without.

The Ingredients for a Happy Marriage By Sheikh Nasir Al-Omar

Prayer According to the Sunnah By Prof. Muhammad Zulfiqar

Price:
Sale Price: $19.95
Was:
Prayer According to the Sunnah By Prof. Muhammad Zulfiqar ISBN: 9789960970684 A complete, comprehensive book covering almost every aspect related to prayer (Salah) according to the Quran and...
10359