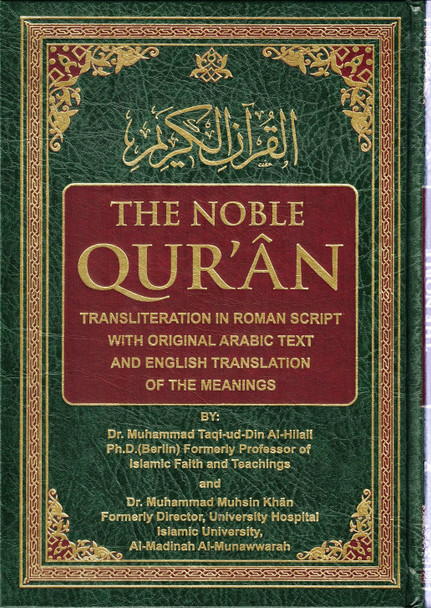 To read the Arabic text of the Qur'anic Verses in their correct form is of prime importance to every Muslim, as the meanings of the Arabic words are changed with little changes of the diacritics. So, to help those readers and reciters who are not too familiar with the Arabic language or cannot read Arabic, Darussalam has prepared this edition of the Noble Qur'an inserting the transliteration of the Noble verses along with their translation. It is hoped that this presentation will be of great help and benefit in this regard.

All praise and thanks are Allah's, the Lord of Alamin (mankind, jinn and all that exists) and peace be upon the Master of the Messengers, Muhammad (S). This interpretation of the meanings of the Noble Qur'an has been revised and the following changes have been made: