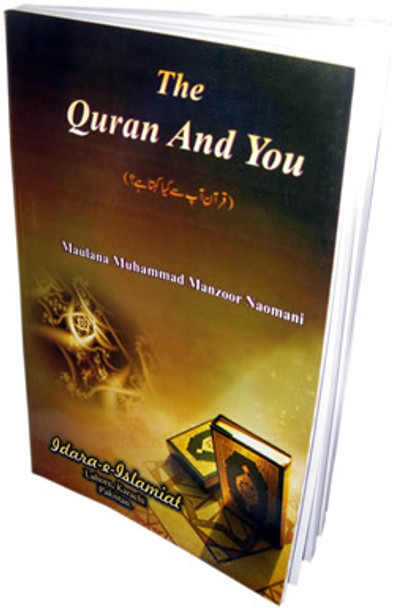 Maulana Nomani has attempted to cover the entire range of Quranic teachings, from the conceptual to the practical, in these few hundred pages, and, in this, he has succeeded admirably. Proceeding from the fundamental articles of faith and subjects like Divine Attributes, Apostleship and the Hereafter, the narrative goes on to include what the Quran has to teach about social and moral behaviour, monetary dealings and the importance of earning a clean livelihood. All these things have been discussed with utmost clarity and conciseness. But the most valuable part of the book, in my opinion, is the one which deals with the Quranic concept of Monotheism. In it the Maulana has explained the various aspects of the doctrine of Divine Unity-Unity of Being, Unity of Attributes and Unity of Functions-in such a convincing style that it can not fail to bring satisfaction to anyone whose heart is not totally dead to spiritual feeling.

The Quran being a guidance for mankind, and not exclusively for Muslims, Maulana Nomani has paid due attention to the needs of non-Muslim readers while expounding the basic tenets of the Quran. This has not only enhanced the value of the book but also made its rendering into other languages particularly worthwhile. It is in this spirit that I have undertaken its translation into English in which the demand for reliable literature on Islam is happily growing day by day, not only in the Indo-Pak sub-continent but all over the world.

The Prophet Muhammad: A Simple Guide to His Life By Maulana Wahiduddin Khan

Price:
Sale Price: $29.95
Was:
Tazkirul Quran (Urdu) by Maulana Wahiduddin Khan The Quran is a book of divine warning — a combination of lessons and admonitions.It stresses the importance of man’s discovery of truth at...
12778

Price:
Sale Price: $29.95
Was:
Tazkirul Quran (Urdu) by Maulana Wahiduddin Khan The Quran is a book of divine warning — a combination of lessons and admonitions.It stresses the importance of man’s discovery...
12778

Price:
Sale Price: $9.95
Was:
An Essential Islamic Guide by Maulana Muhammad Abdur Rab ISBN: 9786035000871 This Book has not come with anything new, rather it is compiled information that is indispensable for Muslims in their...
12748