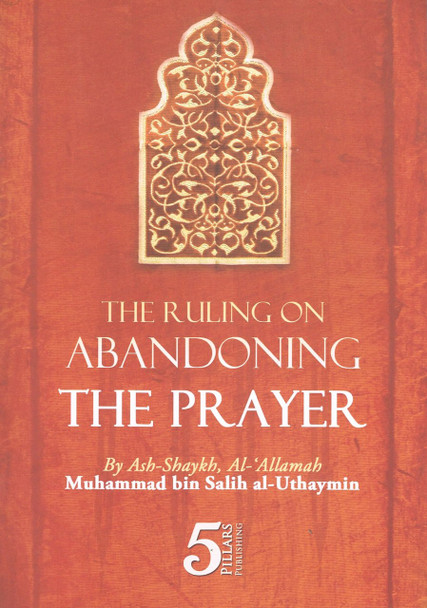 Price:
Sale Price: $4.95
Was:
— You save
Frequently bought together:

Indeed, Many Muslims nowadays have let their prayers be lost, to the extent that some of them abandon all of the prayers out of negligence.
So due to this issue, which is one of the major issues which many people have been put to trial with nowadays, and the difference of opinion concerning it amongst the scholars of this nation and its leaders, both old and new, I wished to write about it which was easy, summarising the speech concerning it, into two sections:
The first concerning the ruling upon the one who abandons the prayer.
The second concerning the implications of apostasy due to abandoning the prayer or other than that.
This book also has the full arabic book at the back.

Developing Khushu in the prayer By Muhammed Salih al Munajjid

Price:
Sale Price: $11.95
Was:
The Foundations of the knowledge of the Usul By Shaykh Salih Al-Uthaymin Description from the publisher: About The Book The Prophet (PBUH) said: “If Allah intends good for anybody then he gives him...
12697

Islamic Rulings Regarding The Quran By Faisal Ibn Muhammad

Price:
Sale Price: $7.95
Was:
Islamic Rulings Regarding The Quran By Faisal Ibn Muhammad ISBN: 9781898649571 This book is a comprehensive collection of rulings regarding the Book of Allah, issued by some of the most...
10825

Price:
Sale Price: $8.95
Was:
Rulings Pertaining to Muslim Women By Salih Al-Fawzaan ISBN: 9789960293479 This books goes over many important laws relating to women dealing with aspects of everyday life to special events...
10407