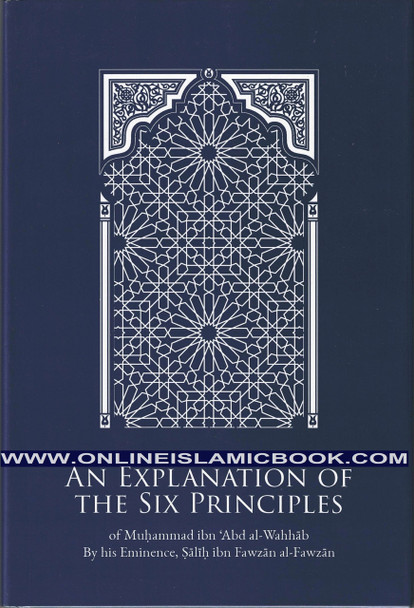 By the time Muhammad ibn ‘Abd al-Wahhab (d. 1206AH) had embarked upon his journey to rectify the situation of the Arabs, ignorance had become very much entrenched in Arabia. Most of its inhabitants were misdirected and had returned to the ways of pre- Islamic Arabia. Mystical leaders and people of deviation ruled over the people. Extreme sufis erected graves in exaltation of their saints. The tree of at-Tarfiyyah: which women would approach and seek blessings from was venerated, the grave of Zayd ibn al-Khattab was converted into a place of pilgrimage and idols were taken as objects of adulation in al-Kharj. The days of ignorance were no longer a thing of the past.

Blind partisanship to the four schools of thought had divided the Islamic community. The affair had escalated to the extent that at the holy mosque of Mecca, the five daily prayers were established four-fold. The followers of a particular school of thought would pray separately in congregation with their own imām.

It is due to this historical background that we find the majority of authoriship by Muhammad ibn ‘Abd al-Wahhab (d. 1206AH) centre around the rebuttal of polytheism and superstitions. From them is his well-known book: Kitab At-Tawhid – which is undoubtedly considered his magnum opus; Masa’il al-Jahiliyyah allatee Khalafa fahaa Rasul Allah ahl al-Jahiliyyah, al-Qawa’id al- Arba’, Kashfash-Shubuhat fi at-Tawhid, and here – before the reader, is a translation of his book: Usul As-Sitta (The Six Fundamental Principles) in which this great reviver identifies the six greatest factors that distinguish the Saved Sect from its counterparts. It would not be an exaggeration to describe this treatise as a somewhat curriculum for Muslims today. Despite being over 200 years old, the reader will – with little observation, realise that these principles are still very much applicable in our time, and it is as though Ibn Abd al-Wahhaab is addressing the Islamic community of today.

Price:
Sale Price: $8.95
Was:
Explanation of the Four Principles By Shaykh al Islam Muhammad Ibn Abdul Wahhab ISBN: 9782987457541 Allah the Most High says, "I created not the Jinn and humans except that they should worship...
11651

The Explanation of the Six Principles By Rasheed Barbee

Price:
Sale Price: $9.95
Was:
The Virtues of Salat (Prayer) By Shaykh Salih al Fawzan ISBN: 9781450700108 Unquestionably this subject matter is relevant to every Muslim who is concerned about his/her safety from the...
11664