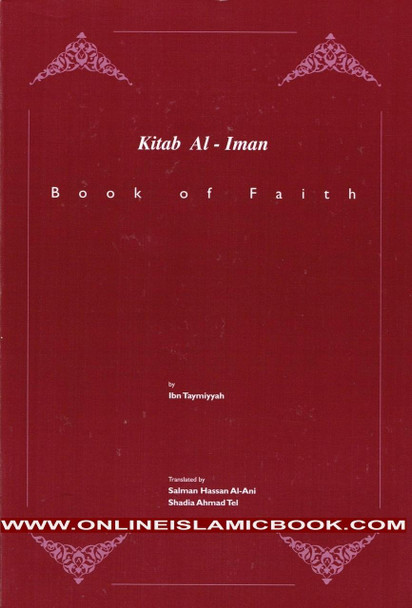 Book of Faith represents the first complete English translation of the important and well-known work Kitab al-Iman, written by the renowned thirteenth-century Muslim scholar Ibn Taymiyyah. The concept of Iman, faith, is fundamental to Islam. Iman has served to define the nature of Muslim life and essence of the religion as a whole. Ibn Taymiyyah's own deep conviction and understanding of Iman is based on interpretations of the Qur'an, Hadith, sayings and deeds of the Prophet Muhammad, and the conduct of the pious ancestors of the first three Islamic centuries.

Price:
Sale Price: $29.95
Was:
Sharh Al-aqeedah Al-wasitiyah (Arabic Only) By Ibn Taymiyyahs Sheikh-ul-Islam's book Al-Aqeedah-il-Wasitiyah deals with the perfect and undefiled Islamic Faith and Creed of the As-Salaf-As-Salih...
11280