The Other Press [TOP] 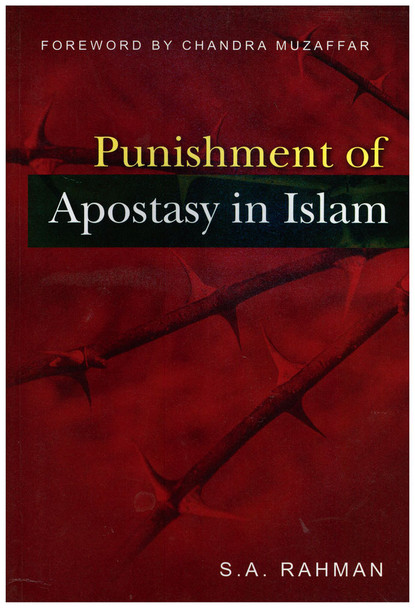 The Other Press [TOP]

The punishment for apostasy remains one of the most contentious issues in Islam. It has been discussed and debated for centuries by both Muslim and non-Muslim scholars. In recent decades the issue has assumed even greater significance than before largely because of the impact of human rights and freedom of religion; religious heterogeneity vis-à-vis Muslims; Islamic resurgence with its emphasis upon Islamic law; and post 9/11 scrutiny of Islam and Muslims. This work by the late Chief Justice of Pakistan examines each and every aspect of Islamic jurisprudence connected with the question of apostasy in a detailed manner. Probing into the Qur'an and Sunnah of the Prophet, his approach is analytical and scientific which is why it is so intellectually persuasive.

A Book on Islamic Studies By Abdur-Rahman Al-Mahmood

A Dictionary of Muslim Names By S. A. Rahman

A Chronology Of Islamic History 570-1000 CE By Habibur U. Rahman

Price:
Sale Price: $4.95
Was:
Grave Punishment & Blessings By Husayn al-Awayishah ISBN: 9789960971339 Questions abound about what happens after death. In western societies, specifically,there is a great deal of...
10848

A Dictionary of Muslim Names By S. A. Rahman

Price:
Sale Price: $13.99
Was:
Muslim Women A Biographical Dictionary By Aisha Bewley ISBN: 9781842000533 Expanding on her work, Islam: The Empowering of Women, this dictionary is a comprehensive reference source of Muslim...
10521